Two films this week made by screen legends whose careers have settled in to some­thing a little less than their glor­i­ous past. Sidney Lumet was mak­ing tele­vi­sion drama when it was broad­cast live from the stu­dio in the 40s and 50s, and made the first (and best) ver­sion of courtroom drama 12 Angry Men in 1957. In the 70s he made some of the best of those gritty New York stor­ies that defined the dec­ade (Serpico, Dog Day Afternoon, Network) but his most recent work has passed under the New Zealand radar, his last two fea­tures not even get­ting a loc­al release. To be hon­est I thought he was dead and figured that I must have missed his name pass by in one of those Academy Award salutes to the fallen.

Which makes Before The Devil Knows You’re Dead a lovely sur­prise: a gritty, R‑rated, heist-gone-wrong pic­ture, set in those New York mean streets we seem to know so well (but also the verd­ant Westchester sub­urbs). Philip Seymour Hoffman and Ethan Hawke play two down-on-their luck broth­ers, young men whose char­ac­ter flaws render them inad­equate to cope with the vari­ous pres­sures of mod­ern liv­ing. Hoffman’s Andy is an ambi­tious real estate account­ant (not a deal-maker but a wan­nabe play­er) with a drug habit and an embez­zle­ment prob­lem. Hawke’s Hank is divorced and strug­gling to pay the prep school fees and child sup­port to his tough bitch ex-wife (Amy Ryan from Gone Baby Gone).

When Andy sug­gests that the rob­bery of a small sub­urb­an shop­ping mall jew­ellery store would be the answer to all their prob­lems we are about to get one of the great set-ups for a thrill­er in mod­ern memory and they are about to get in to a whole heap of trouble. Effortlessly switch­ing per­spect­ives and time-frames, Lumet proves that he has­n’t lost that abil­ity to reveal human frailty by pil­ing on the pres­sure. Totally recommended.

The oth­er legend emer­ging from the shad­ows this week is English dir­ect­or John Boorman. He made Point Blank and Hell in the Pacific with Lee Marvin in the 60s, Deliverance and the batty Zardoz in the 70s, Excalibur and multi-Academy Award-nominated Hope & Glory in the 80s, but has been pretty quiet ever since. His new film The Tiger’s Tail is set in Dublin, where he now lives, and The Tiger of which he speaks is the “Celtic Tiger” of the eco­nom­ic boom.

Brendan Gleason Gleeson (stretch­ing his legs) plays self-made prop­erty developer Liam O’Leary who, under pres­sure from the banks and cor­rupt politi­cians, starts see­ing vis­ions of a man who looks like him­self, fol­low­ing him around. It turns out this fel­low is his dop­pel­gänger, bent on des­troy­ing the life Liam has built for him­self and tak­ing any­thing valu­able to be found in the rubble. The “evil twin” story is one of the old­est in lit­er­at­ure and it makes for a pretty lumpy meta­phor here. Despite all the suc­cess and riches brought by the Irish Miracle, as Father Andy who runs the home­less shel­ter (Ciarán Hinds) says, “for every suc­cess, someone else has to lose”. Boorman’s dir­ec­tion is work­man­like but he retains that annoy­ing habit of re-recording all the dia­logue later using ADR, mak­ing it some­times seem like you are watch­ing a poorly-dubbed for­eign film.

Kung Fu Panda is a bois­ter­ous and enter­tain­ing anim­ated flick that resembles an eight-year-old’s bed­room while they are throw­ing all their toys around. The story makes no attempt at ori­gin­al­ity, hop­ing that the voice geni­us of Jack Black and the thrill­ing broad-brush anim­a­tion will provide enough energy to carry you through (and for the most part it does). Black plays Po, a panda with dreams of kung fu glory. When Tai Lung (Ian McShane), the evil snow leo­pard, escapes from deten­tion bent on revenge the search goes out for a new Dragon Warrior, for only a Dragon Warrior can defend the val­ley from such a men­ace. And so on and so forth.

Finally, in the annals of point­less­ness a new chapter must be writ­ten and that chapter will be titled Speed Racer. I fell asleep dur­ing The Matrix at the Embassy in 1999 so The Wachowski Brothers have nev­er man­aged to work their magic on me but even so, I have rarely felt so detached from a big screen movie as I did watch­ing this adapt­a­tion of a (sup­posed) cult Japanese kids car­toon. In fact, I found myself pon­der­ing the total car­bon foot­print of the exper­i­ence if you add the appalling cost of the film to my sit­ting in an empty, climate-controlled, theatre on a Monday morn­ing to watch it.

Here’s a free idea to any­one inter­ested – if you want to adapt a Saturday morn­ing car­toon about motor racing, pick “Wacky Races” star­ring the great Dick Dastardly and sidekick Muttley. That is some­thing I might pay to see.

Printed in Wellington’s Capital Times on Wednesday 2 July, 2008. Sorry for the delay in post­ing but some­how I man­aged to get pretty busy this week.

No review to post this week (only Hancock released and Will Smith will do nicely without any help or hindrance from me) and next week I’ll be put­ting up my mam­moth Wellington Film Festival pre­view (cross-posted to Wellingtonista). 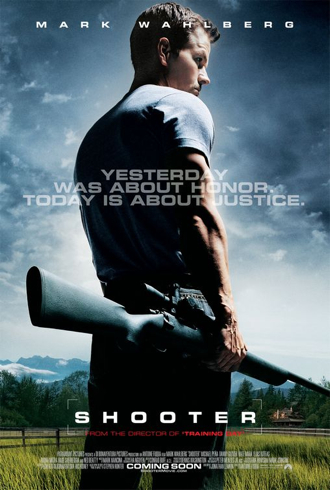 This week’s Capital Times film review (as sub­mit­ted). Completed in a hurry this morn­ing, I expect the prin­ted ver­sion to be short­er and better…