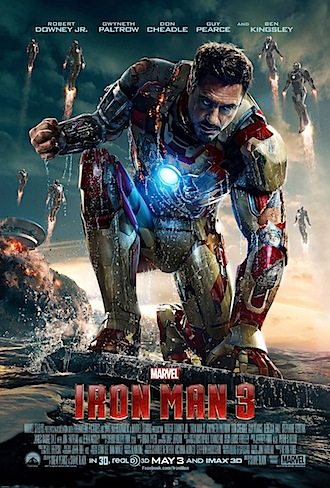 END_OF_DOCUMENT_TOKEN_TO_BE_REPLACED

Review: The Descendants, The Girl With the Dragon Tattoo and Young Adult

I really enjoyed Alexander Payne’s The Descendants – at least while I was watch­ing it. Some films will do that to you, though. They push all sorts of groovy but­tons while you are in the room but they dimin­ish as you re-examine them. Connections that you thought were there turn out to be illus­ory, a series of sat­is­fy­ing emo­tion­al moments don’t cohere into some­thing com­plete and you real­ise that you were enjoy­ing it so much you wished it into some­thing profound.

I blame Clooney. He’s such a watch­able pres­ence, always com­bin­ing that Cary Grant movie star-ness with an under­ly­ing emo­tion­al frailty. His char­ac­ters carry that square-jawed aspir­a­tion­al male solid­ity but rarely do they actu­ally know what is going on or what to do. He spe­cial­ises in people who are mak­ing it up as they go along and that has tre­mend­ous appeal – if George Clooney doesn’t know what he’s doing then none of us do.

END_OF_DOCUMENT_TOKEN_TO_BE_REPLACED

This year the sum­mer hol­i­days seemed to have been owned by the unlikely fig­ure of T.J. Miller, dead­pan comedi­an, sup­port­ing act­or and eer­ily famil­i­ar back­ground fig­ure. In Yogi Bear he was the ambi­tious but dim deputy park ranger eas­ily duped by Andrew Daly’s smarmy Mayor into help­ing him sell out Jellystone to cor­por­ate log­ging interests, in Gulliver’s Travels he was the ambi­tious but as it turns out dim mail room super­visor who pro­vokes Jack Black into pla­gi­ar­ising his way into a fate­ful travel writ­ing gig and in Unstoppable he’s the slightly less dim (and cer­tainly less ambi­tious) mate of the doo­fus who leaves the hand­brake on and then watches his enorm­ous freight train full of tox­ic waste roll away.

So, a good sum­mer for T.J. Miller then, what about the rest of us?

END_OF_DOCUMENT_TOKEN_TO_BE_REPLACED 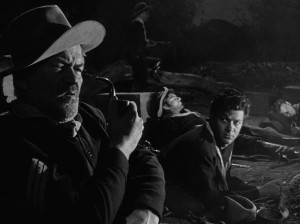 Since I took this gig back in September I have seen every film com­mer­cially released in Wellington (except for a few Bollywood efforts) and there have been some clunkers, but this week is so bereft of qual­ity that I fear I may need to devel­op eyes of leath­er to get through next week.

We kick-off with Eragon, a sort of boy-band ver­sion of Tolkien that’s not so much sub-Jacksonian as sub­ter­ranean. In the sup­posedly dis­tant past the verd­ant lands of Elbonia, sorry, Alagaesia were pro­tec­ted by Dragon Riders (these are men who ride dragons, bear with me). Before the film starts one of the Dragon Riders turns evil, kills all the oth­ers and declares him­self King. The people of Discombobula, sorry, Alagaesia are miser­able and sub­jug­ated, etc. and stor­ies of the Dragon Riders begin to fade in to memory. That is until a good-looking young farm boy finds an egg that hatches in to a dragon with the voice of Rachel Weisz. Bad King Galbatorix, in a per­form­ance phoned in by John Malkovich, has to kill the boy and the dragon or all his dreams of per­petu­al Alagaesia-domination may fade and die.

Weisz and Malkovich aren’t the only names slum­ming it in Eragon: Robert Carlyle’s Durza isn’t nearly as scary as his Begbie from Trainspotting, Devonshire soul diva Joss Stone does a very strange turn as a for­tune tell­er, but Jeremy Irons has enough gump­tion about him that might have made him a decent action hero if he had­n’t spe­cial­ised in play­ing effete European intel­lec­tu­als about 30 years ago.

I real­ise that, as a seeker of qual­ity, I’m a long way from being the tar­get mar­ket for Eragon but it really is an enorm­ous bunch of arse. My two favour­ite moments: learn­ing that the dir­ect­or is called Fangmeier (per­fect) and work­ing out that Alagaesia rhymes with cheesier.

The per­fectly named Duff sis­ters (Hilary and, you know, the oth­er one) get a show­case for their mea­gre tal­ents in Material Girls, a sub-teen mor­al­ity tale about two rich sis­ters who lose all their money when their fam­ily cos­met­ics empire col­lapses due to greedy, cheat­ing adults.

In the end Material Girls is an affable hour and a bit that failed to stop the young­sters at Queensgate from run­ning up and down the aisles and mak­ing a gen­er­al nuis­ance of themselves.

Material Girls aims so low that it’s hard to hate – unlike Nancy Meyer’s The Holiday which I felt per­son­ally insul­ted by. In this “romantic” “com­edy”, Cameron Diaz plays a Los Angeles movie trail­er edit­or who swaps houses with depressed English journ­al­ist Kate Winslet for a Christmas hol­i­day mutu­ally dis­tant from the men who have broken their hearts. Diaz finds her­self in pic­ture post­card snowy Surrey and Winslet gets the run of Diaz’s Hollywood man­sion. Within 12 hours both women meet their per­fect man and faith in love and romance is, of course, restored.

In Winslet’s case that res­tor­a­tion is helped by a former screen­writer played with admir­able alive-ness by 91 year-old Eli Wallach, who gives her a list of clas­sic films of the past to watch. The Holiday thinks it is hon­our­ing these great examples of the art – at one point Winslet and Jack Black watch Cary Grant and Rosalind Russell in His Girl Friday – when frankly it isn’t fit to shine their shoes. Dreadful and lazy on almost every level possible.