Compelled once again by Christmas dead­lines to sum up the year in cinema, I have been think­ing a lot about how some movies stay with you and some don’t, how some movies have got aver­age reviews from me this year but have grown in my affec­tions, and how there are some films you want to see again and some you’re not so bothered about – even when you admire them.

So I’m going to divide my year up in to the fol­low­ing cat­egor­ies: Keepers are films I want to own and live with. Films I can expect to watch once a year – or force upon guests when I dis­cov­er they haven’t already been seen. Repeats are films I would­n’t mind see­ing again – rent­ing or bor­row­ing or stum­bling across on tv. Enjoyed are films I enjoyed (obvi­ously) and respec­ted but am in no hurry to watch again.

The “keep­ers” won’t come as any great sur­prise: The Coen’s No Country for Old Men and PT Anderson’s There Will Be Blood were both stone-cold American mas­ter­pieces. NCFOM just about shades it as film of the year but only because I haven’t yet watched TWBB a second time. Vincent Ward’s Rain of the Children was the best New Zealand film for a very long time, an emo­tion­al epic. Apollo doco In the Shadow of the Moon moved and inspired me and I want to give it a chance to con­tin­ue to do so by keep­ing it in my house. Finally, two supremely sat­is­fy­ing music films: I could listen to Todd Haynes’ Dylan biop­ic I’m Not There. again and again, and watch­ing it was was much fun­ni­er than I expec­ted. Not mind­ing the music of U2, I did­n’t have a big hump to get over watch­ing their 3D con­cert movie, but what a blast it was! Immersive and involving, it was the first truly great digit­al 3D exper­i­ence. For the time being you can­’t recre­ate the 3D exper­i­ence at home so I hold out for a giant cinema screen of my own to watch it on.

Next lay­er down are the films I would­n’t mind watch­ing again, either because I sus­pect there are hid­den pleas­ures to be revealed or because a second view­ing will con­firm or deny sus­pec­ted great­ness. Gritty Romanian mas­ter­piece 4 Months, 3 Weeks and 2 Days has stayed with me since I saw it in March. Be Kind Rewind was rich enough (and good-hearted enough) to deserve anoth­er look. Martin McDonagh’s bizarre hit­man fantasy In Bruges rocked along at such a decent clip I need to see it again to make sure I did­n’t miss any of it’s eccent­ric pleas­ures. I liked and respec­ted the Coen’s oth­er 2008 entry Burn After Reading more than every oth­er crit­ic so a second view­ing would be use­ful, if only to con­firm that I appre­ci­ated it bet­ter than every­one else did… Or not.

If I could just clip the Robert Downey Jr. bits from Tropic Thunder it would be a keep­er, instead I look for­ward to see­ing it again over Christmas. The same goes for the entire first act of WALL•E which I could watch over and over again. Sadly the film lost some of that magic when it got in to space (though it remains a stun­ning achieve­ment all the same).

Into the “Enjoy” cat­egory: Of the doc­u­ment­ar­ies released to cinemas this year, three stood out. The affec­tion­ate por­trait of Auckland theatre-maker Warwick Broadhead, Rubbings From a Live Man, was mov­ing and its strange­ness was per­fectly appro­pri­ate. Up the Yangtze showed us a China we could­n’t see via the Olympics jug­ger­naut and Young at Heart is still play­ing and should­n’t be missed.

I made plenty of suc­cess­ful vis­its to the art­house this year. The Diving Bell and the Butterfly was awe­some; The Edge of Heaven quietly enthralling; Irina Palm was sur­pris­ing. My review says I liked After the Wedding but I hardly remem­ber a thing about it. Also get­ting the art­house tick from me: The Counterfeiters, The Band’s Visit, the delight­ful hymn to tol­er­ance Grow Your Own and the glossy romance The Painted Veil.

Worthy indies that gave me faith in the future of US cinema included Ben Affleck’s Boston-thriller Gone Baby Gone; Ryan Gosling in love with a sex toy (Lars and the Real Girl); twee little Juno; nasty (in a good way) Choke; heart­warm­ing The Visitor and Frozen River (which was the best of the lot).

Mainstream Hollywood was­n’t a com­plete waste of space this year (although the ghastly cyn­ic­al rom-coms 27 Dresses and Made of Honour would have you believe oth­er­wise). Ghost Town was the best romantic com­edy of the year; The Dark Knight and Iron Man were enter­tain­ing enough; I got car­ried away by Mamma Mia and the showstop­ping per­form­ance by Meryl Streep; Taken was ener­get­ic Euro-pulp; Horton Hears a Who! and Madagascar 2 held up the kid-friendly end of the deal (plus a shout-out for the under-appreciated Space Chimps) and, of course, Babylon A.D. (just kid­ding, but I did enjoy it’s campy insanity).

Note that I delib­er­ately avoid choos­ing Festival-only films as dir­ect­ing people towards films they can­’t eas­ily see is just cruel. 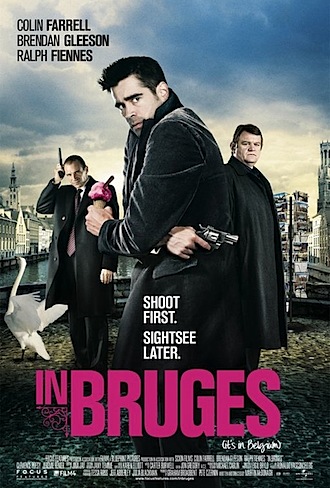 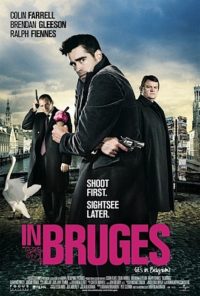