Live at the Paramount, Wellington — Nick Ward reviews The Heat; we interview mother and daughter Gaylene Preston and Chelsie Preston-Crayford who both have films in the New Zealand International Film Festival, Sean Baker, director of the LA indie Starlet and Anthony Powell (Antarctica: A Year on Ice).

Cinematica Extra: Gaylene Preston and Tātarakihi: the Children of Parihaka 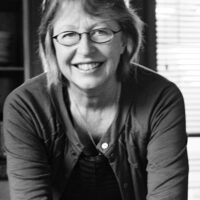 The full interview with New Zealand film icon Gaylene Preston that we played an extract from last week.

We interview Kiwi filmmaker Gaylene Preston, ask whether Richard Gere is a genuine Oscar contender for Arbitrage, discuss Fresh Meat (starring Temuera Morrison as a cannibal who just happens to be Māori), plus Toni Collette in Mental.

END_OF_DOCUMENT_TOKEN_TO_BE_REPLACED

Review: Up, The Soloist, The Young Victoria, Paris 36, Casablanca, The Camera on the Shore and the Vanguard 30th Anniversary

The theme for the week seems to be romance and some of the finest love stories of recent (or in fact any) year have just made their way to our screens. Firstly, The Young Victoria where Emily Blunt (Sunshine Cleaning, The Devil Wears Prada) deservedly takes centre stage for the first time as the eponymous royal. Even reviewers are entitled to a little prejudice, and I wasn’t expecting much from this going in, but I left the cinema full of admiration for an intelligent script, perfectly-pitched direction and consistently able performances from expected and unexpected quarters.

Blunt’s Victoria is a headstrong teenager, frustrated by the competing political interests that push and pull her. Only Prince Albert of Saxe-Coburg and Gotha (whose suit was instigated by yet more euro-intrigue) seems to see the real Victoria and offers the new Queen support and independence. The relationship between Blunt’s Victoria and Rupert Friend’s initially nervous but ultimately self-assured Albert is charming, natural and moving and the background of political intrigue and machinations provide necessary (but not overwhelming) context. The Young Victoria is a film that, and I hope this makes sense, is perfectly balanced.