Glenn Kenny says what I was trying to say

Former Première Magazine crit­ic Glenn Kenny has come up with a few notes about Watchmen that say what I was try­ing to say in my review, only better:

A lot of it has to do with the fact that Snyder dir­ects like a pre­ser­va­tion­ist rather than an inter­pret­er. It might have been a kick to see this set-in-an-alternate-1980s tale dir­ec­ted like an ’80s pic­ture. maybe. But no; we instead get a lot of slav­ish recre­ations of Gibbons’ panels.

These two Watchmen-related posts give me the oppor­tun­ity to re-present my favour­ite Watchmen moment since 1986: 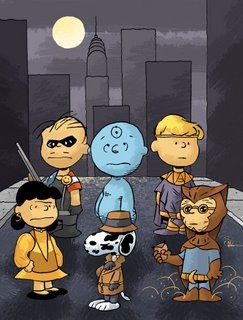