By Dan TV and Wellington 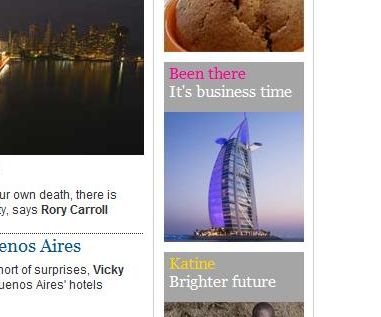 Guardian Unlimited yes­ter­day demon­strated the grow­ing ubi­quity of Flight of the Conchords with the cap­tion to an art­icle about busi­ness travel to Dubai. It’s busi­ness time, indeed.

By Dan Music and Wellington 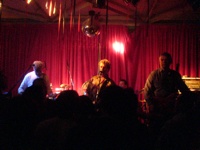 21 years ago I walked in off the street to the offices of Radio Active look­ing for a way I could get on the radio. The address in the phone book said Kelburn Parade so I had walked the length of said boulevard, way past the University and all the way to Hadfield Terrace and back, before try­ing my luck at the Student Union Building. I’d arrived in Wellington less than a month earli­er, determ­ined to make some head­way with a career in radio and one of the reas­ons I had agreed so read­ily to leave the UK was Radio Active itself.

When I got inside, the delight­ful Charles Mabbett showed me around and told me how to sign up for on-air shifts des­pite the fact I was­n’t even a stu­dent yet. When I got on air I showed off a bit, play­ing the records I had brought with me from London (the fruits of many hours late-night listen­ing to Peel and David Jensen), think­ing I would show these colo­ni­als what was really happening.

It did­n’t take very long before the les­sons were being taught in the oth­er dir­ec­tion. We played plenty of requests in those days and I found myself get­ting phone calls ask­ing for bands and songs I had nev­er heard of: The Birthday Party and Hunters & Collectors for example; and people called The Dance Exponents, Netherworld Dancing Toys, The Chills and (of course) Blam, Blam, Blam.

I think it was some­where between hear­ing “Marsha” and “There Is No Depression In New Zealand” (and DD Smash’s “Magic What She Do” for that mat­ter) that I decided that I wanted to be a New Zealander. I’d told my par­ents that I would give Wellington a year and if it was­n’t work­ing for me I’d go back to England and study there. But I stumbled on Flying Nun, Dave Dobbyn and The Blams and it was all over red-rover – no going back.

The Blams had already been defunct for sev­er­al years by the time I arrived: “Marsha” and “No Depression” were in the oldies bin along with “Pink Frost” and “Victoria”. I was lucky enough to see oth­er Don McGlashan ensembles includ­ing the won­der­ful Front Lawn in 1989 and The Mutton Birds, of course, but I nev­er expec­ted to ever see Blam, Blam, Blam. Until last night.

Thanks to my col­leagues at Wellingtonista I had a ring­side seat at The Blams Public Address gig at Mighty Mighty last night (fol­low­ing Russell Brown’s “It Doesn’t Give My Opponents Much Time, Either” quiz and the 2nd Annual Wellingtonista Awards). Jeez, they were good: great songs, great sound, great com­pany. If someone had told me that The Undertones were reform­ing with Feargal Sharkey and they were going to play in my front room I could­n’t have been happier.

Photo taken from my cam­era phone but there are bet­ter pics here. In fact, flashes were going off left, right and centre so there’ll be plenty of oth­er pho­to­graphs soon enough, I’m sure.

By the way, it’s Radio Active’s 30th birth­day this month. Maybe I’ll be able to dig out some gems from my archive in time for the 35th.

I was mus­ing at the top of the Downstage stairs yes­ter­day even­ing that a Wellington Film Critics Circle (for no reas­on oth­er than to say we have one) might be an idea – we could hand out awards at the end of the year and say they point to Oscars like the New York crit­ics do (or we could all get togeth­er once a year for a piss-up).

Anyway, later on I read this link below and went off the idea pretty much straight away.

By Dan Cinema, NZ and Wellington

Flying in the face of the embargo, Black Magic reviews Eagle vs. Shark:

Huh? Who isnâ€™t â€œinto com­ed­iesâ€? Have you ever met any­one who said, â€œIâ€™m not really into com­ed­ies, I donâ€™t really like laughing.â€

It doesnâ€™t get you very far on the Internet dat­ing sites, does it? â€œGood sense of humour required, but not in a cine­mat­ic way, I prefer dra­mas: laughter in a pic­ture theatre doesnâ€™t do that much for me, sorry.â€

My review of Eagle vs. Shark will appear here on Wednesday 15 August, the same day it will appear in the Capital Times and, hope­fully, it will make more sense than that.

Sorry, I am grumpy that Ingmar Bergman just died and all the obit­u­ar­ies have done is remind me how many of his films I havenâ€™t seen.

UPDATE: Bugger this. I go to GreenCine Daily to find a good Bergman link and find that Michel Serrault and Michelangelo Antonioni also died this week (plus LÃ¡szlÃ³ KovÃ¡cs, already noted). Antonioniâ€™s The Passenger was one of my top three films in last yearâ€™s Film Festival.

I got all excited about Rachel Weisz com­ing to Wellington to shoot the stu­dio bits of The Lovely Bones until I saw the Reuters photo Stuff chose to illus­trate the story: 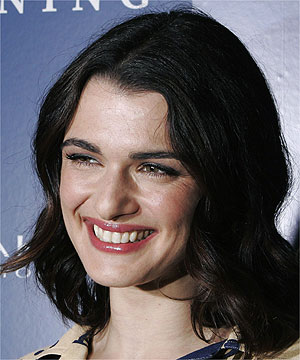 Who does she remind me of, I thought? Somebody I’ve seen recently, I feel certain. 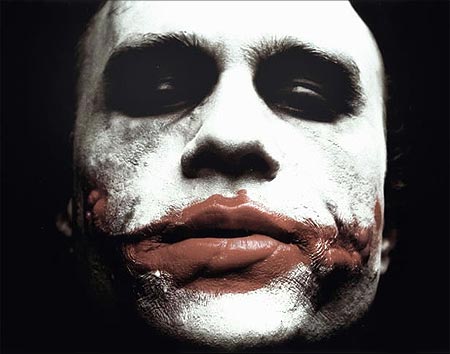 By Dan Cinema, Conflict of Interest and Wellington

Loath as I am to let the real world inter­vene in this little oas­is of semi-relevance (and as uncom­fort­able as I am about pimp­ing my com­mer­cial activ­it­ies here), I feel bound to let you know about a couple of import­ant enter­tain­ment options I have a role in.

Firstly, my com­pany, Miracle Pictures, is pro­du­cing the 6th Latin American Film Festival which gets under way with a Gala Opening Night at the Embassy Theatre on Wednesday night (18 April, 7.30pm). There are a lim­ited num­ber of tick­ets avail­able to the pub­lic and they will go on sale on Monday morn­ing from the Embassy Box Office. Sales will be made on a first-come, first-served basis and will be cash only (due to the Embassy not want­ing to mix my money with theirs for com­plex account­ing reas­ons). Tickets are $20 and for that you’ll get to par­take of some spon­sors product (Corona Extra and caipar­in­has cour­tesy of Scorpion Distribution) plus wine from Argentina and Chile and food from the region cour­tesy of the Latin American Embassies in Wellington.

Oh, and there will be a film screen­ing as well: The Sacred Family (La Sagrada famil­ia) from Chile. The film is rated R16 (Drug use, sex scenes and offens­ive lan­guage) which bodes well for a suc­cess­ful night, I’m sure you will agree.

This year’s fest­iv­al fea­tures 8 award-winning fea­ture films from Argentina, Brazil, Chile, Mexico and Peru (plus two pres­ti­gi­ous shorts). The offi­cial fest­iv­al site is here and there you will find details of all the films and screen­ings in each centre: Wellington, Auckland, Hamilton and Christchurch.

I also want to let y’all know that regis­tra­tions are now open for this year’s “V” 48 Hours, offi­cially New Zealand’s largest film com­pet­i­tion. I am man­aging the Wellington end for the fourth straight year.

Shoot week­end is May 18 – 20; Heats are at the Paramount between 23 and 31 May; Wellington Grand Final will be at the Embassy Theatre on Thursday 7 June.

Following that, the final­ists from each par­ti­cip­at­ing city (plus the Peter Jackson-selected wild­cards) go head-to-head “live” on C4 on Friday June 22.

All the inform­a­tion you need to take part can be found here. We have space for a few more teams than last year but when they’re gone, they’re gone.