By Dan Blogging, Cinema and meta

Here’s the deal. In October last year (2013 if you are vis­it­ing here via Google and the date is not oth­er­wise obvi­ous) I had to stop edit­ing ONFILM magazine due to the incon­veni­ence of not being paid and had to find anoth­er gig. Cinematica was tak­ing up a lot of also-not-being-paid time and, even though it was an enorm­ous amount of fun and enjoyed by many people, it was impossible to jus­ti­fy fin­an­cially the amount of time it took every week. Kailey leav­ing was prob­ably the final straw. 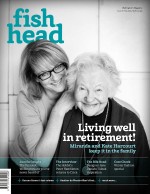 Since Christmas I have been work­ing as edit­or of FishHead magazine in Wellington, firstly as inter­im, then as former, and finally appoin­ted to the per­man­ent pos­i­tion in March. Learning a new magazine and a new mar­ket as well as get­ting a handle on the busi­ness side of things has meant that I haven’t had any time to keep these pages up. This may shock you but I haven’t even been able to watch as many films as I used to.

Anyway, FishHead is almost under con­trol, Nine to Noon is chug­ging along and the private life is in the best shape ever, so it’s time to rein­vig­or­ate my  per­son­al expres­sion engine — Funerals & Snakes. In June you will see a new look here and a return to reg­u­lar review­ing. Subscribers to the email news­let­ters will also get their weekly updates once again.

END_OF_DOCUMENT_TOKEN_TO_BE_REPLACED

We catch up with the acapella com­edy PITCH PERFECT (that we had to skip last week because of time), Karl Urban’s chin is the star of the new com­ic book adapt­a­tion DREDD 3D and we also go SEARCHING FOR SUGAR MAN.

Cinematica 2/15: Do you believe in magic, Mike?

Channing Tatum gets his kit off in Magic Mike; Robert Pattinson goes back to 19th cen­tury Paris in Bel Ami; Olympia Dukakis and Brenda Fricker go to Canada to get mar­ried in Cloudburst and William Hurt and Isabella Rossellini try and res­toke the fires of pas­sion in Late Bloomers.

We peek under the hood of THE DARK KNIGHT RISES, talk to our spe­cial San Diego Comic-Con cor­res­pond­ent and extract fif­teen juicy minutes from our exclus­ive inter­view with the Incredibly Strange Ant Timpson.

Review: Brother Number One, We Need to Talk About Kevin, John Carter, My Week With Marilyn, Headhunters and Warrior

Every week on Cinematica – the movie pod­cast I co-host with Simon Werry and Kailey Carruthers – we sign-off each film with a two-word review. It’s a gag, of course, but no more reduct­ive than “two thumbs up” or “two stars”, and it’s become a bit of a meme with listen­ers sup­ply­ing their own – often extremely good – contributions.

And see­ing as I missed a column through ill­ness last week, I have a feel­ing that my two-word reviews might come in handy help­ing us to catch up. So, for the found-footage High School party-gone-wrong movie Project X for example, my two-word review is “Toxic Waste”. The third sequel in the vam­pires vs lycans styl­ised action fran­chise, Underworld: Awakening gets “Strobe Headache”. And for the notori­ously low budget found-footage posession-horror The Devil Inside you’ll have to make do with “Didn’t Watch”.

Which brings us to the good stuff (and there’s plenty of it about at the moment). Brother Number One is a superb and affect­ing NZ doco about trans-atlantic row­er Rob Hamill’s attempts to find out the truth about his broth­er Kerry’s dis­ap­pear­ance at the hands of the Khmer Rouge régime in Cambodia. This is a film to remind you that the great tides of his­tory aren’t tides at all and if you look closely enough you see mil­lions of indi­vidu­al stor­ies – of heart­break, tragedy and redemption.