END_OF_DOCUMENT_TOKEN_TO_BE_REPLACED

While hunting the site for some links to add to the just posted Winter’s Bone etc. review, I discovered that my Summer Holiday special hadn’t made it here. So, for completeness’ sake, here it is. Pretty sure, this is an early draft too but there’s no sign of an email submitting it.

What a lovely Summer we’ve been having — for watching movies. While the Avatar juggernaut rolls inexorably on there has plenty of other options for a dedicated seeker of shelter from the storm.

Released at any other time of year, Peter Jackson’s The Lovely Bones would be getting a decent length evaluation (and the headline) here but with fifteen films discuss we’ll have to live with the bullet point evaluation: not un-moving. My companion and I spent a about an hour after watching TLB discussing it’s flaws and yet both ended up agreeing that we’d actually enjoyed the film a lot, despite the problems.

Personally, I think Jackson’s tendency towards occasional whimsical in-jokery typified the uncertainty of tone (I’m thinking of his unnecessary camera shop cameo as an example) but the fundamental message — that the people left behind after a tragedy are more important than the victims — was clearly and quite bravely articulated. And when I saw the film at a crowded Embassy session, during the pivotal scene where the sister discovers the evidence to catch the killer, I could only hear one person breathing around me — and it wasn’t me.

END_OF_DOCUMENT_TOKEN_TO_BE_REPLACED

Review: Up, The Soloist, The Young Victoria, Paris 36, Casablanca, The Camera on the Shore and the Vanguard 30th Anniversary

The theme for the week seems to be romance and some of the finest love stories of recent (or in fact any) year have just made their way to our screens. Firstly, The Young Victoria where Emily Blunt (Sunshine Cleaning, The Devil Wears Prada) deservedly takes centre stage for the first time as the eponymous royal. Even reviewers are entitled to a little prejudice, and I wasn’t expecting much from this going in, but I left the cinema full of admiration for an intelligent script, perfectly-pitched direction and consistently able performances from expected and unexpected quarters.

Blunt’s Victoria is a headstrong teenager, frustrated by the competing political interests that push and pull her. Only Prince Albert of Saxe-Coburg and Gotha (whose suit was instigated by yet more euro-intrigue) seems to see the real Victoria and offers the new Queen support and independence. The relationship between Blunt’s Victoria and Rupert Friend’s initially nervous but ultimately self-assured Albert is charming, natural and moving and the background of political intrigue and machinations provide necessary (but not overwhelming) context. The Young Victoria is a film that, and I hope this makes sense, is perfectly balanced.

END_OF_DOCUMENT_TOKEN_TO_BE_REPLACED 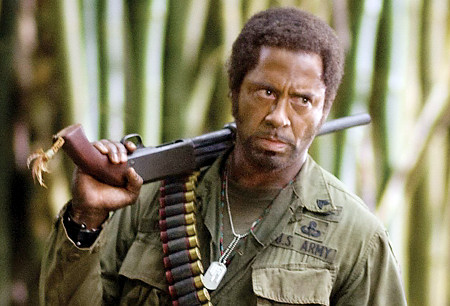 Compelled once again by Christmas deadlines to sum up the year in cinema, I have been thinking a lot about how some movies stay with you and some don’t, how some movies have got average reviews from me this year but have grown in my affections, and how there are some films you want to see again and some you’re not so bothered about — even when you admire them.

So I’m going to divide my year up in to the following categories: Keepers are films I want to own and live with. Films I can expect to watch once a year — or force upon guests when I discover they haven’t already been seen. Repeats are films I wouldn’t mind seeing again — renting or borrowing or stumbling across on tv. Enjoyed are films I enjoyed (obviously) and respected but am in no hurry to watch again.

The “keepers” won’t come as any great surprise: The Coen’s No Country for Old Men and PT Anderson’s There Will Be Blood were both stone-cold American masterpieces. NCFOM just about shades it as film of the year but only because I haven’t yet watched TWBB a second time. Vincent Ward’s Rain of the Children was the best New Zealand film for a very long time, an emotional epic. Apollo doco In the Shadow of the Moon moved and inspired me and I want to give it a chance to continue to do so by keeping it in my house. Finally, two supremely satisfying music films: I could listen to Todd Haynes’ Dylan biopic I’m Not There. again and again, and watching it was was much funnier than I expected. Not minding the music of U2, I didn’t have a big hump to get over watching their 3D concert movie, but what a blast it was! Immersive and involving, it was the first truly great digital 3D experience. For the time being you can’t recreate the 3D experience at home so I hold out for a giant cinema screen of my own to watch it on.

Next layer down are the films I wouldn’t mind watching again, either because I suspect there are hidden pleasures to be revealed or because a second viewing will confirm or deny suspected greatness. Gritty Romanian masterpiece 4 Months, 3 Weeks and 2 Days has stayed with me since I saw it in March. Be Kind Rewind was rich enough (and good-hearted enough) to deserve another look. Martin McDonagh’s bizarre hitman fantasy In Bruges rocked along at such a decent clip I need to see it again to make sure I didn’t miss any of it’s eccentric pleasures. I liked and respected the Coen’s other 2008 entry Burn After Reading more than every other critic so a second viewing would be useful, if only to confirm that I appreciated it better than everyone else did… Or not.

If I could just clip the Robert Downey Jr. bits from Tropic Thunder it would be a keeper, instead I look forward to seeing it again over Christmas. The same goes for the entire first act of WALL•E which I could watch over and over again. Sadly the film lost some of that magic when it got in to space (though it remains a stunning achievement all the same).

Into the “Enjoy” category: Of the documentaries released to cinemas this year, three stood out. The affectionate portrait of Auckland theatre-maker Warwick Broadhead, Rubbings From a Live Man, was moving and its strangeness was perfectly appropriate. Up the Yangtze showed us a China we couldn’t see via the Olympics juggernaut and Young at Heart is still playing and shouldn’t be missed.

I made plenty of successful visits to the arthouse this year. The Diving Bell and the Butterfly was awesome; The Edge of Heaven quietly enthralling; Irina Palm was surprising. My review says I liked After the Wedding but I hardly remember a thing about it. Also getting the arthouse tick from me: The Counterfeiters, The Band’s Visit, the delightful hymn to tolerance Grow Your Own and the glossy romance The Painted Veil.

Worthy indies that gave me faith in the future of US cinema included Ben Affleck’s Boston-thriller Gone Baby Gone; Ryan Gosling in love with a sex toy (Lars and the Real Girl); twee little Juno; nasty (in a good way) Choke; heartwarming The Visitor and Frozen River (which was the best of the lot).

Mainstream Hollywood wasn’t a complete waste of space this year (although the ghastly cynical rom-coms 27 Dresses and Made of Honour would have you believe otherwise). Ghost Town was the best romantic comedy of the year; The Dark Knight and Iron Man were entertaining enough; I got carried away by Mamma Mia and the showstopping performance by Meryl Streep; Taken was energetic Euro-pulp; Horton Hears a Who! and Madagascar 2 held up the kid-friendly end of the deal (plus a shout-out for the under-appreciated Space Chimps) and, of course, Babylon A.D. (just kidding, but I did enjoy it’s campy insanity).

Note that I deliberately avoid choosing Festival-only films as directing people towards films they can’t easily see is just cruel.