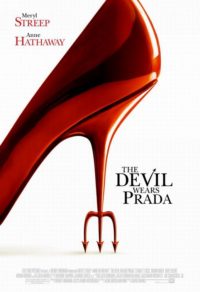 When I took this gig I knew there would come a time when I would be asked to review a film for which I was com­pletely unqual­i­fied. What I didn’t real­ise was that the moment would come so soon. The Devil may well wear Prada but this review­er wears Hallensteins and names like Jimmy Choo and Manolo Blahnik could be shoe design­ers for all I know.

Idealistic young journ­al­ism gradu­ate Andy Sachs (irrit­at­ingly squeaky-voiced Anne Hathaway) gets a job as 2nd Assistant to Miranda Priestly (Meryl Streep), editor-in-chief of Runway magazine hop­ing to par­lay the pos­i­tion into a job as a cru­sad­ing social issues report­er at the New Yorker. She soon finds out that fetch­ing scarves from Hermés and slop from Starbucks is not actu­ally journ­al­ism though it does approx­im­ate it in prestige. The Devil Wears Prada floats com­fort­ably above mediocrity thanks to the exceed­ingly witty script, nice obser­va­tions and a per­form­ance out of the very top draw­er from Streep. It’s worth see­ing for her alone. 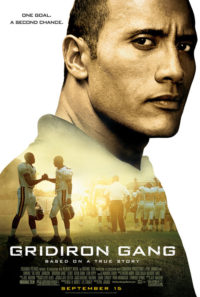 Gridiron Gang is the true story of an innov­at­ive pro­gramme in the California youth pen­al sys­tem in the early 90’s where young gang-bangers were giv­en the oppor­tun­ity to learn team­work and respect for each oth­er by tak­ing part the loc­al high school foot­ball com­pet­i­tion. Dwayne “The Rock” Johnson is appeal­ing as the vis­ion­ary young pris­on officer and coach who turns the kids around and there’s some salt mixed in with all the sac­char­ine to make the film an effect­ive, if pre­dict­able, inspire-athon. 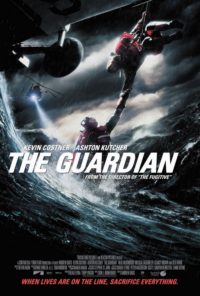 In The Guardian, a big wet tongue kiss to the US Coast Guard, Kevin Costner and Ashton Kutcher battle it out for the title of Captain Smug with Kutcher win­ning by a length: he really does that have that rare qual­ity that makes you want to give him a slap whenev­er he appears. It’s not un-entertaining, and the open­ing and clos­ing set-pieces have a thrill or two about them, but I can­’t help believ­ing I left a little piece of my soul behind there in Readings Cinema 5 last Saturday afternoon. 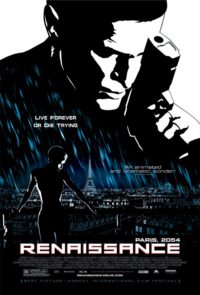 Renaissance is a one of those new-fangled motion-captured anim­a­tion things, part-financed from cinema power­house Luxembourg, set in Paris in 2054 where a mys­ter­i­ous cor­por­ate entity is try­ing to steal the secret of etern­al life. The high-contrast black and white cine­ma­to­graphy is styl­ish and bold but lights up the white walls of the Brooks cinema at The Paramount like a dent­al sur­gery and new-Bond Daniel Craig was surely tak­ing the piss when he cashed the cheque for his somn­am­bu­lant English voice-work. 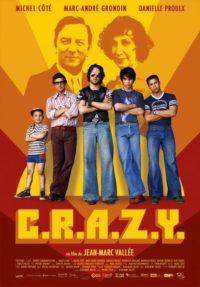 A sat­is­fy­ing anti­dote to all that tosh can be found in the Canadian coming-of-age drama C.R.A.Z.Y. which tells the story of a working-class Quebec fam­ily, spe­cific­ally the, er, sens­it­ive middle son Zach. It’s epis­od­ic and goes off in some odd dir­ec­tions but in the end is quite lovely. 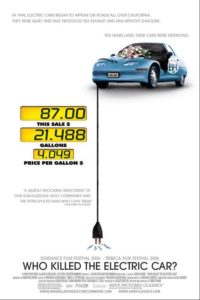 I can also recom­mend Who Killed The Electric Car?, a high-quality new entry in the fash­ion­able eco-doc genre, even though I am a loy­al “Top Gear” view­er who drives his 3 litre European car from Newtown to Courtenay Place if it even looks like rain. I don’t know how I sleep at night, I really don’t.