The Return of the Spelling Police (Wellington Division)

Paramount loses ser­i­ous marks because the film titles aren’t click­able! You have to go to anoth­er menu to read about the films. Counter-intuitive, dudes.

My favour­ite aspect (in a schaden­freude-y sort of way) of the Paramount’s new design is the lack of atten­tion to detail, as dis­played in the fol­low­ing image (snapped today, may have been fixed by the time you get there but it has been like that for more than three weeks): 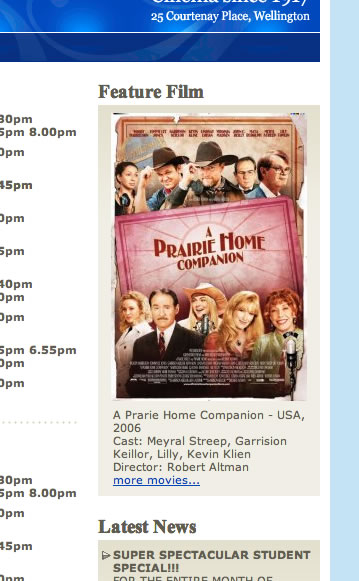 Notice how they man­age to mis-spell the title of the film and all the mem­bers of the cast. Re-spect to Altman, though, as they got him right.

To prove that I’m not pick­ing on them, here are a couple of choice Wellington chalk-typos. The first from a couple of weeks ago out­side <for­get the name, on the corner of Cuba and Vivian>: 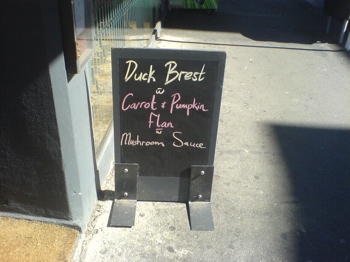 And my favour­ite, from out­side The Caledonian last Summer (the black­boards and fences have since been taken down by the new management): 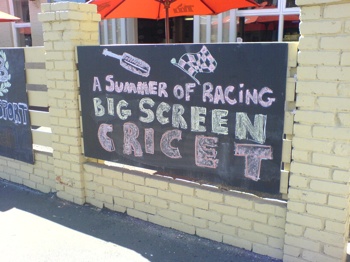