For an anxious timetable organiser such as myself this seemed altogether too loose but no matter how tightly I attempted to plan my weekend it simply wouldn’t come into focus. 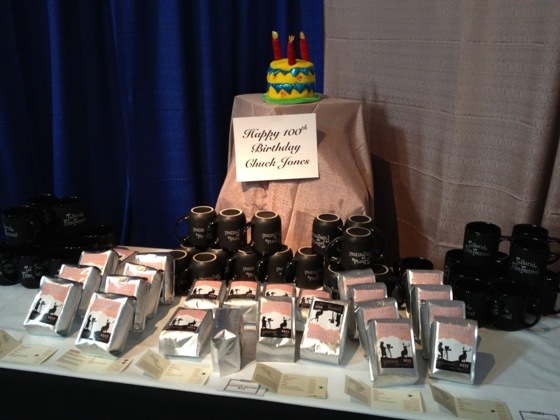 Just some of the many souvenirs on offer from Brigadoon, the TFF visitors’ centre.

This is, of course, the point of Telluride. Don’t plan too much, be open to ideas, listen to people in the lines who have tips and rumours, don’t sweat what you might be missing or you’ll drive yourself bananas. I continue to find this very difficult. They say that Telluride is the most relaxed film festival in the world but your correspondent is finding it quite stressful at times.

After more fine coffee from the Steaming Bean, the first plank I was able to cling to was the media orientation meeting at the New Sheridan Hotel. The three co-directors of the festival, Julie Huntsinger, Tom Luddy and Gary Meyer, went straight to questions so we could race up the hill to the Chuck Jones’ for a special unannounced media and patron screening of Ben Affleck’s new thriller Argo. This was the kind of briefing that the NZFF would have been doing six weeks out! 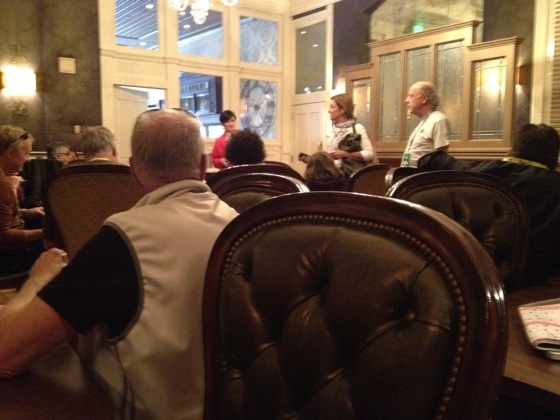 Chuck Jones’ Theater is a converted convention centre ballroom with interior design by the great animator himself — walls covered with amusing recreations of famous paintings using the great Warner Bros cartoon characters. Jones was a regular here at Telluride until he became too frail to travel and this year we are all celebrating his 100th birthday. In early years, he designed the festival poster and his characters adorn the lanyards of all attendees. 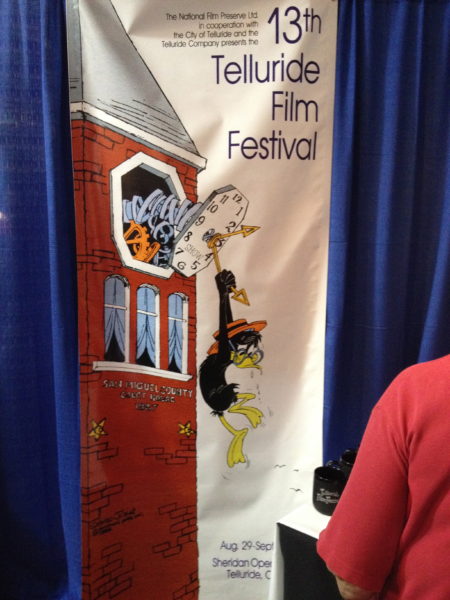 A banner designed by Chuck Jones for a previous TFF.

Argo was briefly introduced by Mr Affleck himself, who told us that we were the first paying customers to actually watch the film: “I know you didn’t actually pay, but you know what I mean.”

I’ll review it properly when it hits NZ cinemas — don’t want to peak too soon — but suffice to say that Argo is one of the most satisfying Hollywood pictures in years. It’s a tense geo-political drama which at the same time works as hilarious Hollywood satire and an against-the-clock thriller. Affleck has really hit his straps as a director and the sharp script by Chris Terrio should be receiving some gongs at awards season. That’s an unqualified “recommend” from me.

As I write this, outside in the park there’s a special seminar on the state of the American Indie featuring Allessandro Nivola, James Schamus, Greta Gerwig, Laura Linney and Roger Corman. I can hear the muffled sounds but I have to finish this before my next queuing/screening at 1. Fear-of-missing-out indeed. 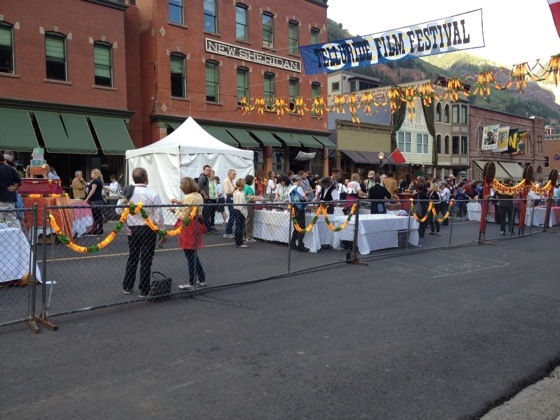 Colorado Avenue shut down for the Opening Night Feed.

So, I hung around chatting to people until the world premiere of Hyde Park on Hudson at Elks Park (introduced by director Roger Michell, screenwriter Richard Nelson and star Laura Linney) until it was time for me to head towards the Galaxy for the world premiere of Deepa Mehta and Salman Rushdie’s Midnight’s Children.

This turned out to be a disappointment — too long, too faithful to Rushdie’s novel and his prose. Two hours twenty felt like three hours twenty and narrative themes that might work in a novel didn’t carry their own weight on screen.

The Galaxy, though, is amazing — an Elementary School gymnasium turned into a state-of-the-art DCP cinema with stadium seating. A magnificent achievement. 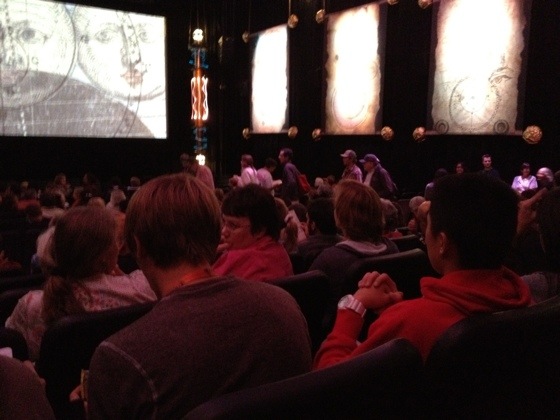 The Galaxy Theater in Telluride. Don’t go looking for it, it doesn’t exist any more.

And that was Day One. A forty minute commute back to my accommodation and bed by 1am. Set the alarm for 6.45 so I can get to the second of the Corman tribute sessions — its just like home.

[Apologies for the lack of links — writing this on an iPhone, leeching wifi from the Steaming Bean, and I don’t have much finesse available.]