As I write the Telluride Film Festival pro­gramme has been released so I had bet­ter fin­ish my notes about the jour­ney before I get left behind.

When we left our hero he was sit­ting in a Motel6 in Denver about to depart for the sev­en and a half hour drive to Telluride. But first, errands to be run.

I always planned to get a US sim card for my phone so I could con­tin­ue tweet­ing etc from the road (and also use the phone for nav­ig­a­tion) and got con­flict­ing advice from vari­ous people and web­sites about the belt­way to do it. There’s an entire post to be writ­ten on how I even­tu­ally (sort of) man­aged it, suf­fice to say for now it took vis­its to four dif­fer­ent retail­ers and much driv­ing to finally sort it out. And it does­n’t work in the Telluride town so there’s a con­stant search for wifi while I’m here.

My plan was to vis­it the AT&T store at the Denver Town Center (actu­ally an enorm­ous col­lec­tion malls and super­stores cov­er­ing sev­er­al blocks) and then vis­it the site of the recent Aurora movie theatre shoot­ing so I could pay my respects. It turns out it was only a short-ish walk around the Sears store to find the Century 16 pic­ture theatre, still sur­roun­ded by a tem­por­ary fence and very much off-limits. 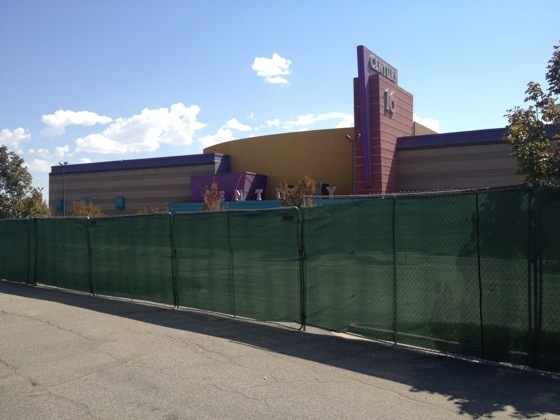 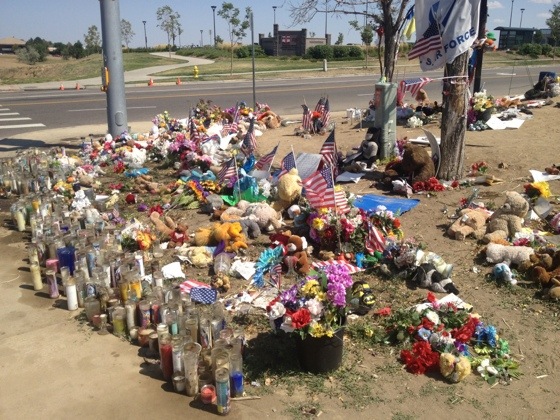 I was­n’t expect­ing to be quite as moved as I was by this and stuck around for longer than I had planned, think­ing of how a night at the pic­tures could be dis­turbed by some­thing so much worse than annoy­ing talk­ers and texters. 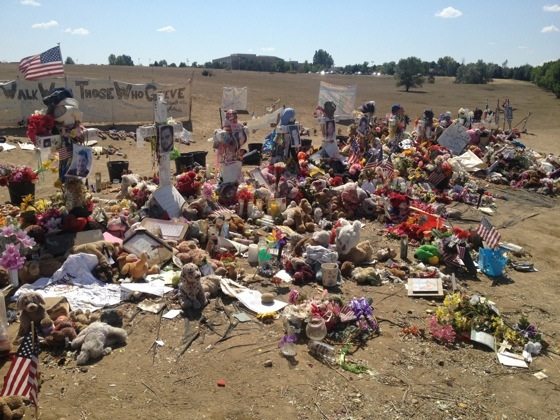 After, finally secur­ing a T‑Mobile pre­pay SIM card I found U.S. 285 – which I had been told was the scen­ic route to Telluride – get­ting used to which lane I needed to be in, the ever-changing speed lim­its, and try­ing to keep an eye on the scenery, passing places called Fairplay and Bailey. On the out­skirts of Denver I could see the dir­ec­tion of the sprawl to come. They’ve built the high­way and – sens­ibly – built the shop­ping first, encour­aging developers to fill in the gaps with res­id­en­tial development.

The road soon turned into a rur­al two-laner of the kind that would be famil­i­ar to any­one who has drive a NZ state high­way: farm­houses up long drives from either side of the road, with rusty machinery sit­ting in lean-to sheds. Every so often, though, you’d crest a hill to be con­fron­ted by wide open coun­try with moun­tains in the dis­tance. This seemed to hap­pen over and over again.

I got to Gunnison, CO, at about 5.30pm, just enough time to check-in to the ABC Motel, grab a bite to eat at the Blue Iguana (in the pro­cess dis­cov­er that American beer has no oblig­a­tion to state the alco­hol con­tent which is a chal­lenge to a 2.5% max per­son like myself), and walk through the University of Western Colorado to find the Ruby Cinema. 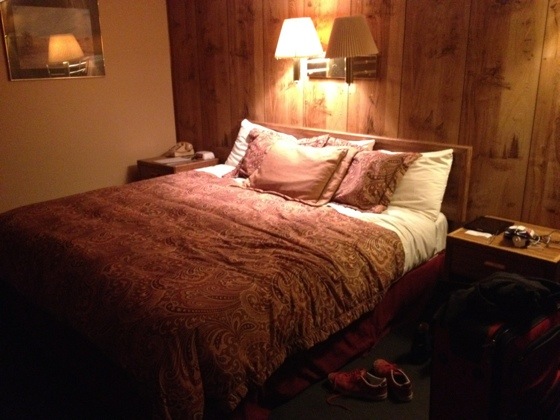 Gunnison is an out­door recre­ation centre, rur­al hub and – increas­ingly – a stu­dent town. Huge amounts of money is being spent on the UWC and all the build­ings look no more than a year old. And des­pite the drought, I had to dodge a few sprink­lers as I made my way to the Ruby.

The Ruby is actu­ally a state of the art per­form­ing arts ven­ue for the uni­ver­sity, donated by alum­nus Don and oper­ated by loc­als Mark and Ali Drucker. It’s a live theatre, so the rake is not ideal for cinema but the tech­nic­al fit out is superb and The Expendables looked splen­did. Sadly, for a Monday night there were only about sev­en of us there (plus to sleepy stu­dent box office and con­ces­sion staff) but much fun was had by all. 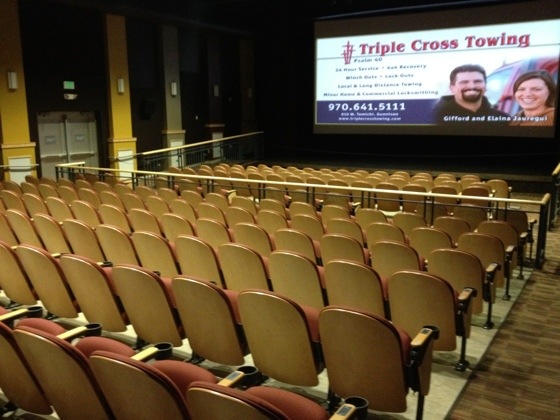 Next morn­ing, I hung around Gunnison for break­fast (very fine cof­fee and free wifi at The Bean) and then hit the road again for the two (more like three, thanks Google) hour drive to Mountain Village above Telluride. 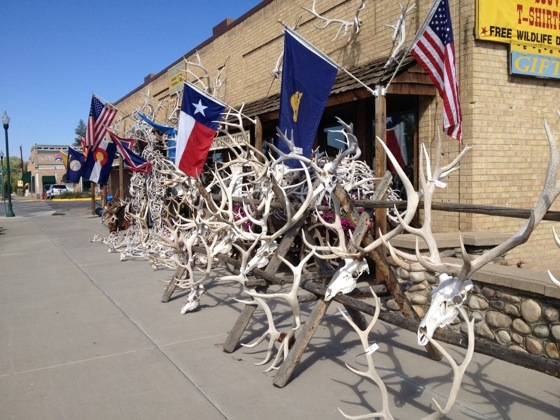 The final 45 minutes from Ridgeway to Telluride are quite spec­tac­u­lar (and would be chal­len­ging driv­ing if many NZ roads wer­en’t just as windy). After set­tling in with my hosts, sort­ing out the wifi (again), get­ting some tips about the free pub­lic trans­port (shuttle buses and mul­tiple gon­dolas), I headed down to the town in time for a spec­tac­u­lar sun­set and din­ner – where I met San Francisco International Film Festival board mem­ber Barbara Tomber and her hus­band Don. What a great start – a chance to talk fest­ivals and get some tips. They were also (as San Franciscans) very inter­ested in Christchurch and were dis­mayed to hear my report. 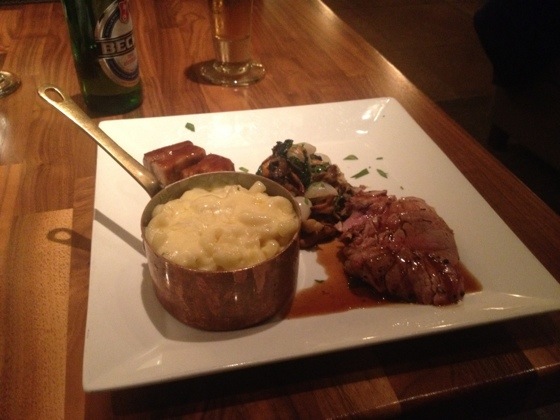 Then I made it back up the hill in time to con­nect to the Cinematica stu­dio in Petone so we could record the show you can hear in the post below. Like I said in a tweet, whatever you may think of the con­tent, being able to record a decent qual­ity pod­cast with co-hosts in com­pletely dif­fer­ent time zones seems like a not-bad achieve­ment to me.

Last night the fest­iv­al pre-show got under way with the first out­door screen­ing in the park: Martin Campbell’s Casino Royale, and we were teased that the choice of title was a clue to one of the guest honorees. It’s too early for Skyfall, so the smart money was on Mads Mikkelsen and so it proved. 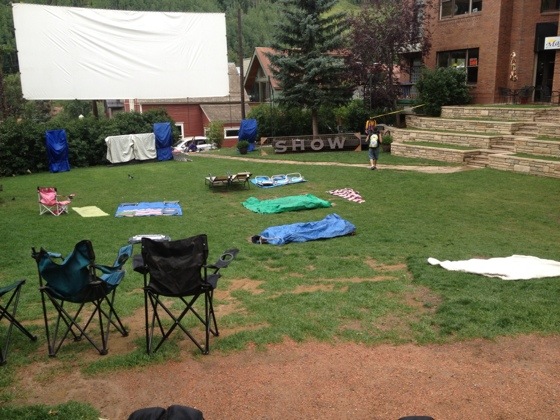 He’s one of three spe­cial guest honorees and the fest­iv­al is screen­ing Vinterberg’s The Hunt and A Royal Affair (both of which I’ve already seen).

I’ll pre­view the rest of the fest­iv­al tonight when I’ve had a chance to absorb the 96 page pro­gramme and work out what I can­’t afford to miss. There’s a whole after­noon and even­ing of TBA on Monday at all eight venues!