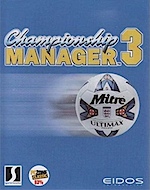 If I could have anoth­er life to live, sim­ul­tan­eous with my own, I would prob­ably spend most of it play­ing Sports Interactive’s Football Manager (aka Championship Manager). While I tend to scoff at those who get excited at Beatles Rock Bands and am baffled but impressed by those who take games ser­i­ously, I can­not deny my achilles heel and so every year I down­load the demo of the latest ver­sion and then force myself to not buy the full game in order to stay sane.

The 2009 ver­sion intro­duced half-time and full-time team talks, allow­ing you to gee-up or dress-down your team depend­ing on your psy­cho­logy, theirs, and the state of the match. Motivational options included “Show your dis­ap­point­ment at the team” or “Tell your play­ers to do this for the sup­port­ers” and you could single play­ers out for cri­ti­cism or praise (“Tell Cole that you are delighted with him”).

END_OF_DOCUMENT_TOKEN_TO_BE_REPLACED 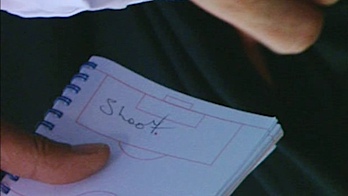 â€œYou make your own luckâ€ in sport they say. Gary Player once said, â€œThe harder I prac­tice the luck­i­er I getâ€ as if things were really that simple.

No team deserves to win a game drop­ping Hayden twice before he’d scored 4 or chas­ing 334 but Lady Luck did not shine her torch on the Black Caps at Perth tonight. Falling 7 runs short with 5 wick­ets in hand is an out­stand­ing per­form­ance in any­one’s book, and more evid­ence that the sum­mer has been turned around since that awful shel­lack­ing by Sri Lanka in December.

But … but … We could have done without Rauf fir­ing Vincent out when he was look­ing in great touch and don’t get me star­ted on the rain inter­rup­tion! It’s hard enough being com­pet­it­ive in Australia when everything from the travel sched­ule to hav­ing to play the best team in the world is stacked against you. For the last sev­en or eight years this Black Cap side has backed itself to score 11+ an over in the final ten if they have wick­ets in hand (and they bat accord­ingly). Duckworth-Lewis does­n’t take that into account (and prob­ably should­n’t even try) but it was the rain break that killed the run chase â€“ and it nev­er seems to hap­pen to Australia IN AUSTRALIA.

[And on the sub­ject of luck: how about los­ing your best striker for sev­en months to a mun­ted ankle in his first ever England train­ing ses­sion. And your new star sign­ing doing his ankle lig­a­ments 20 minutes into his first game for the club – out for sev­en weeks min­im­um. I’d like to see Gary Player explain away that rub­bish.]

Still, we scored 335 against Australia and Oram’s 100 was the fast­est ever by a New Zealander in ODIs. Our luck will have to change soon.

A bad week­end for all the teams I fol­low. The hor­ror, the horror.

The Hammers have now lost sev­en on the spin, haven’t won in eight and haven’t scored in 10 and a half hours 11 hours (a club record); The Lions became the second Wellington team this year to lose a major rugby final; The Knights have also lost sev­en in a row but at least scored a couple of times in Adelaide; The Black Caps rolled over and had their tummy’s scratched by Sri Lanka in that unwatch­able tour­na­ment in India and my Dad’s team (Torquay United) have also lost six in a row so there’s no res­pite at home.

Common sense says, like the crap weath­er, this has to change but I struggle to see when. West Ham could eas­ily get turned over by Colchester in the Carling Cup on Thursday morn­ing the way we are play­ing; the rugby sea­son is over; the Black Caps have to beat Pakistan to pro­gress in India and we nev­er beat them when we have to; I can’t see the Knights win­ning again this dec­ade and the future isn’t prom­ising for The Gulls (sorry, Dad).

Oh, and Newtown Athletic had the week­end off (or a ‘bye’ if you prefer) due to the long week­end. At least that isn’t a defeat…

… passed away yes­ter­day at the age of 84. He was the West Ham man­ager when I was just old enough to know what was going on and the England man­ager who restored some pride after we failed to qual­i­fy for the 1978 World Cup.

And as sev­er­al oth­er people have noted, the 1966 World Cup was won on the train­ing fields of Chadwell Heath as the spine of that side (Hurst, Moore, Peters) had grown to prom­in­ence under Greenwood at West Ham, win­ning the FA Cup in ’64 and the Cup Winners Cup in ’65.

And I heart­ily endorse the sug­ges­tion that the new East Stand at Upton Park be named the Ron Greenwood Stand if and when it ever gets built.