It's the same wherever you go

By Dan all blacks, Asides, Literature and Sport

It’s the same wherever you go – that des­per­ate search for a pub when the All Blacks are play­ing. Even if you are Archbishop Desmond Tutu:

We meet the irre­press­ible Anglican arch­bish­op and Nobel Prize win­ner Desmond Tutu, stran­ded in San Francisco and look­ing for a bar that might broad­cast the rugby game … (the 1995 World Cup Final)

A bad week­end for all the teams I fol­low. The hor­ror, the horror.

The Hammers have now lost sev­en on the spin, haven’t won in eight and haven’t scored in 10 and a half hours 11 hours (a club record); The Lions became the second Wellington team this year to lose a major rugby final; The Knights have also lost sev­en in a row but at least scored a couple of times in Adelaide; The Black Caps rolled over and had their tummy’s scratched by Sri Lanka in that unwatch­able tour­na­ment in India and my Dad’s team (Torquay United) have also lost six in a row so there’s no res­pite at home.

Common sense says, like the crap weath­er, this has to change but I struggle to see when. West Ham could eas­ily get turned over by Colchester in the Carling Cup on Thursday morn­ing the way we are play­ing; the rugby sea­son is over; the Black Caps have to beat Pakistan to pro­gress in India and we nev­er beat them when we have to; I can’t see the Knights win­ning again this dec­ade and the future isn’t prom­ising for The Gulls (sorry, Dad).

Oh, and Newtown Athletic had the week­end off (or a ‘bye’ if you prefer) due to the long week­end. At least that isn’t a defeat… 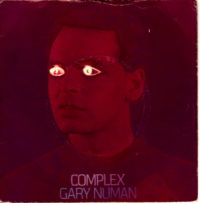 Apologies for the lack of entries this week. The real world has inter­vened – but in a good way for a change. This sunny after­noon, pre­par­ing to take in my first two Fringe shows of the sea­son, iTunes threw Gary Numan’s live ver­sion of Bombers at me, fol­lowed by New Order – Shellshock.

What a great way to start the weekend!

I’ll try and squeeze the Hurricanes and Cats in between shows and if I can pull that off I’ll be a very happy man.