From The Big Sleep to Dead Men Don’t Wear Plaid, if I’m prom­ised a wise-cracking, hard-boiled, gum­shoe with a sense of right and wrong that’s only going to get him in trouble, I’ll be in my seat before the ice-cream ads have started! 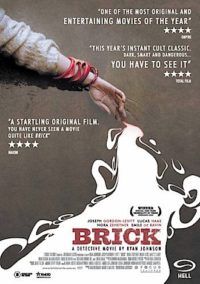 Brick (dir­ec­ted by Rian Johnson) boasts many of the ele­ments of clas­sic noir: lay­ers of cor­rup­tion peeled away by a dogged and right­eous but cyn­ic­al out­sider; a dan­ger­ous femme fatale; help­less law enforce­ment. The twist here is that the film is set in the mod­ern equi­val­ent of post-war Hollywood’s mean streets – high school.

I know it sounds like one of those recent films where they relo­cate Shakespeare to 90210 and remove all the grace, wit and class in the pro­cess (I’m look­ing at you She’s The Man!), but it’s not. The danger is real and the stakes are high as sens­it­ive out­sider Brendan (Mysterious Skin’s Joseph Gordon-Levitt) invest­ig­ates the dis­ap­pear­ance of his ex-girlfriend Emily, cop­ping a beat­ing at every turn.

The trail leads him to loc­al drug-lord The Pin (played by the amaz­ing Lukas Haas – remem­ber the jug-eared little kid in Witness?). The Pin runs a well-oiled oper­a­tion from his rum­pus room but his muscle is out of con­trol and he has at least one trait­or in the ranks. You can tell this isn’t going to end well for any­one but it’s a hell of a ride get­ting there. 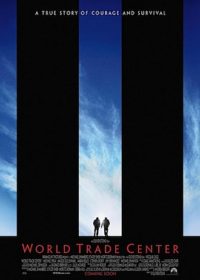 In World Trade Center, one of the bravest col­lec­tion of mous­taches ever assembled is car­a­mel­ised under 200 stories/storeys of steel, con­crete and asbes­tos. Nicolas Cage and Michael Peña play the two Port Authority police officers who sur­vived the 9/11 carnage, only to be left for dead for 18 hours. Stone dir­ects with a steady hand but the whole exer­cise seems too polite, too safe, too respect­ful to be believ­able. But then, how could it be otherwise?

Trivia: For two weeks after 9/11, act­or Steve Buscemi returned to the New Jersey fire sta­tion he’d worked at while he was a strug­gling act­or so that the real-life fire-fighters could con­cen­trate on the recov­ery at Ground Zero. 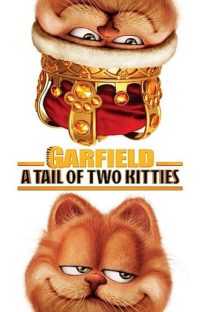 The voice of Bill Murray returns for Garfield : A Tale of Two Kitties, a sloppy sequel to the 2004 hit. Murray is joined by some major voice tal­ent includ­ing Bob Hoskins, Tim Curry, Richard E Grant and Vinnie Jones (along­side a real-life Billy Connolly) as the fat feline gets mis­taken for roy­alty. The five-year-old, 65-year-old and 38-year-old in my party all agreed that there was too much plot and not enough Garfield. Watch the DVD on fast forward. 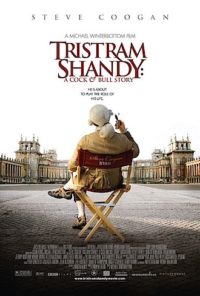 Funniest film of the week by a wide mar­gin is Tristram Shandy: A Cock & Bull Story star­ring Steve Coogan (and Rob Brydon). Coogan plays Shandy, Shandy’s Dad and an ego­centric act­or called Steve Coogan who is attempt­ing to make a film of the un-filmable nov­el by Laurence Stern. Coogan and Brydon are like cake; the won­der­ful Dylan Moran is icing on the cake and then the exem­plary Stephen Fry turns up late in the piece to spread a lovely thin lay­er of Ecstasy over the icing. Yum.