But in the UK the BFI are in the middle of a strik­ingly sim­il­ar (though scaled rather dif­fer­ently) devel­op­ment in Warwickshire, only their pro­ject is being doc­u­mented by Patrick Keiller. I say again, the great Patrick Keiller has spent four months wan­der­ing around the build­ing site with a cam­era. The BFI are hope­ful that the foot­age “will be edited into a new artist­ic work”. 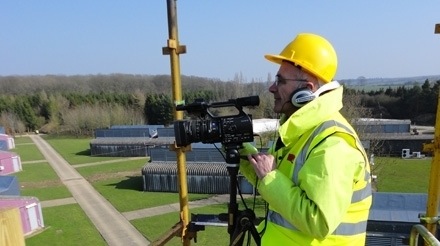 On the sub­ject of Mr. Keiller, I reit­er­ate my hope that his new film Robinson in Ruins will be a centre-piece of this year’s Film Festival.