For all the digit­al glit­ter and ana­chron­ist­ic hip-hoppery that sig­ni­fies our latest re-entry into Luhrman-land, The Great Gatsby itself takes fun­da­ment­al inspir­a­tion from a black and white clas­sic from 1941. Featuring a flash­back fram­ing device, a lonely and heart­sick tycoon star­ing out of the win­dow of a grot­esque castle, and even a breath­less deathbed “Daisy” uttered as if it summed up an entire life (like “Rosebud”), Gatsby is no less than Baz Luhrman’s Citizen Kane. Even his star, Leonardo DiCaprio is start­ing to resemble a Wellesian hero, at least in the jow­els if not the girth. 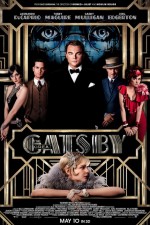 So, no pres­sure, then, Baz – you’re only mer­ging the great American nov­el and the greatest movie of all time. Of course, he can’t pos­sibly suc­ceed on his own unima­gin­ably ambi­tious terms, but he falls a bit short on the basic “tell a story” level too – even if he man­ages to make some sequences sing.

Set in 1922 (and writ­ten by F. Scott Fitzgerald in 1925, well before the Jazz Age came crash­ing down into the Great Depression), Gatsby is the story of one man’s rein­ven­tion out of the trauma of World War One and into the longest, biggest (and most illeg­al) party the world had ever seen.

[pullquote]Fast & Furious is vast and curious[/pullquote]DiCaprio’s Gatsby has built a busi­ness empire out of the drug stores and speak­easies of Manhattan and a Xanadu on the shores of Long Island, all the while gaz­ing long­ingly across the water at the house where Daisy Buchanan (Carey Mulligan) lives. Daisy is the last piece of his puzzle, she will make him whole and she will help him gain accept­ance into the high soci­ety that scorns his dubiously-earned new money. He may also genu­inely be in love with her, of course.

Narrated from an alco­hol­ic asylum by once-promising writer and Gatsby-confidante Nick Carraway (Tobey Maguire), the film thrusts us into the glam­or­ous milieu, attempt­ing to dazzle the audi­ence as Carraway is dazzled by Gatsby’s charm. Noisy, impetu­ous, bois­ter­ous, the film suf­fers from Luhrman’s usu­al ADHD dir­ec­tion. It’s as if he can’t bring him­self to just let the cam­era be – we’re always mov­ing and everything in front of the cam­era is always mov­ing. There’s no chance for the emo­tion­al con­tent to brew – Baz has to keep stirring.

Personally, I’m not too bothered at the liber­ties taken with the ori­gin­al story (indeed, a little less reli­ance on nar­ra­tion and Fitzgerald’s prose might have helped the film find its own voice), after all a film has to find itself out of the source mater­i­al not become a set of audio-visual stu­dents notes. My beef with Gatsby is that I found myself not really caring – and won­der­ing why Carraway cared so much, so much that his own life col­lapsed into an alco­hol­ic haze. 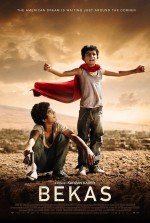 Bekas is a semi-autobiographical tale inspired by writer-director Karzan Kader’s escape from Saddam’s Iraq after the first Gulf War.

Kurdish broth­ers Zana (Zamand Taha) and Dana (Sarwar Fazil) are orphaned and home­less, scrap­ing a liv­ing out of shoe shines and their wits. A sneak peak at a Superman movie through a hole in the wall of the loc­al fleapit inspires the boys to seek a new life in America – except neither of them knows where America is or how to get there. Ten-year-old Dana tries to buy pas­sage across the bor­der from a shady people-smuggler while young­er Zana wins a don­key in a game of dice – which he imme­di­ately names Michael Jackson.

Lively and cute, the boys bick­er loudly and often as they make their treach­er­ous way across the desert, ignor­ant of the very real dangers they face until it’s too late. Spectacularly shot in the Kurdistan region of a still risky Iraq, your enjoy­ment of Bekas will depend on how endear­ing you find these kids. I adored them and really enjoyed the film. 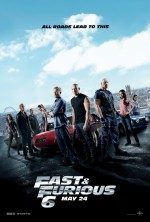 Fast & Furious is vast and curi­ous – a fran­chise I even­tu­ally came to appre­ci­ate once I real­ised it is just as fant­ast­ic­al as any lycra and cape super­hero movie, des­pite the blue col­lar set­ting. Five (Rio) was fun but Six takes them to London where the grey skies seem to suck a bit of the joie de vivre out of things. The crew – led by part-time movie stars Vin Diesel and Paul Walker – are in Blighty to take down a Welsh super-criminal (Luke Evans) with designs on a spe­cial piece of mil­it­ary kit known as “the component”.

As usu­al, they take time out for an illeg­al street race (down Whitehall and past Piccadilly Circus, as you do) but the most unfathom­able sec­tion is the final con­front­a­tion as they try and stop the villain’s escape from the word’s longest air­port run­way. Silly fun, and mostly set­ting up the next epis­ode in the series. 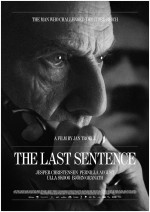 The Last Sentence is an entirely respect­able – if slightly mor­ose – drama about the one Swedish news­pa­per edit­or who stood up to Hitler in the years before and dur­ing WWII. Jesper Christensen (the Quantum Organisation vil­lain from Casino Royale who, incid­ent­ally, is still at large) plays Torgny Segerstedt, a lapsed theo­lo­gian with a some­what com­plic­ated home life. The film implies that his implac­able oppos­i­tion to Nazism – he seems to know an awful lot about what they are going to do – is down to his romantic rela­tion­ship with the Jewish wife of his paper’s owner.

That’s as maybe, but he rails unsuc­cess­fully against Herr Hitler for more than 12 years, fail­ing to shake Sweden’s self-defensive neut­ral­ity. Handsome black and white pho­to­graphy and decent per­form­ances not­with­stand­ing, I’m not sure quite why we in 21st cen­tury New Zealand are sup­posed to be inter­ested in this man. Two hours later, I still don’t know.