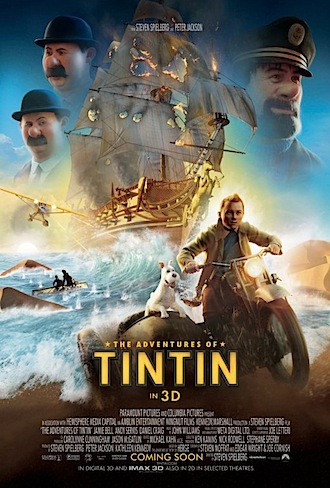 Where it falls down is in the story – or rather how the story is told. There’s an awful lot of talky explan­a­tion – some of it quite repet­it­ive – and the desire to cram in so much ori­gin­al Hergé might please the pur­ists but it baffles people like me who only read the books once. Tintin – the char­ac­ter – is also an unsat­is­fy­ing prot­ag­on­ist, bland to look at as well as a one-dimensional char­ac­ter. There’s not much there for Jamie Bell to grab hold of. 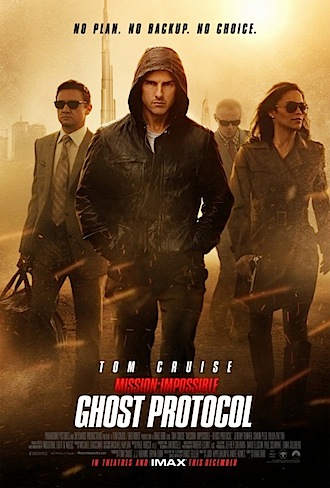 The Mission: Impossible fanchise has always been Tom Cruise’s “Get out of jail free” card, there to res­cue his career whenev­er it hits the doldrums. Last year he stank the place out with Knight and Day so it makes sense that MI4 – Ghost Protocol should arrive about now. The series gets a good kick in the pants from Pixar dir­ect­or Brad Bird (The Incredibles) and the set-pieces are fairly aston­ish­ing. Apart from the crash, bash, wal­lop I found it almost impossible to care for either the char­ac­ters, their pre­dic­a­ment or – by the end – even the plan­et they were attempt­ing to save. 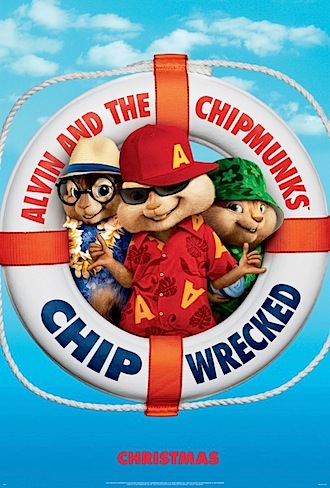 The battle between talk­ing furry creatures doesn’t look like a fair fight this Christmas. I have a soft-spot for the Alvin and the Chipmunks films but Chipwrecked really should have skipped the big screen and gone straight to video. There weren’t even any kids at the screen­ing I went to which says a lot about the state of the franchise. 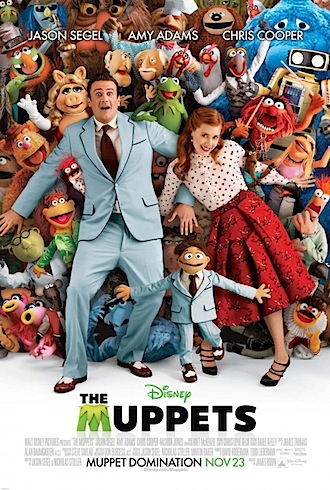 Meanwhile, The Muppets have returned (re-booted is the tech­nic­al term) and it’s jolly to see them back. My ear for voices pre­vents me from truly let­ting go and wal­low­ing in the nos­tal­gia because I can tell that it isn’t Jim Henson as Kermit and Frank Oz as Piggy. For all the care and atten­tion Steve Whitmire and Eric Jacobsen devote to their roles – and the pup­petry is first rate – they just ain’t the same. The story is fairly stand­ard Hollywood redemp­tion ter­rit­ory and the songs aren’t as great as every­one is mak­ing out.

Grown-ups have a few options, too, this Christmas. The Salt of Life is Gianni Di Gregorio’s gentle follow-up to last year’s Mid-August Lunch and mines sim­il­ar ter­rit­ory – a retired man sur­roun­ded by eccent­rics and oddballs. In this film Di Gregorio him­self plays Giovanni, bossed around by his wife, his moth­er and his daugh­ter. His best friend sug­gests he take mis­tress – like all red-blooded Italian males. Maybe the beau­ti­ful neigh­bour whose dog he walks? I’ve done pretty well to remem­ber that much plot as the film passes the time pleas­antly enough but is fairly forgettable. 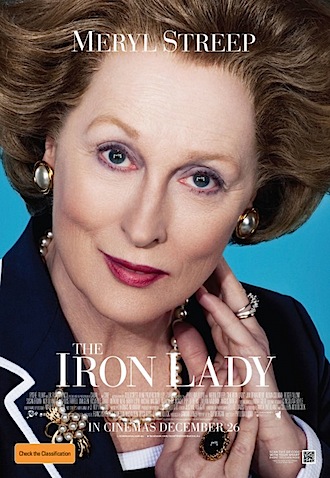 The only reas­on for see­ing The Iron Lady is to wit­ness first-hand the alchemy of Meryl Streep. There’s been no oth­er per­form­ance this year – male or female – that so com­pletely tran­scends the source mater­i­al. Streep plays Margaret Thatcher, once the most power­ful woman in the world now hol­lowed out by Alzheimer’s. The film treats Thatcher like the greatest Englishman ever – a cross between Boadicea and Churchill – but fails to adequately por­tray the tox­ic nature of her polit­ics and the damge she did to her soci­ety and the nation she pro­fessed to love. 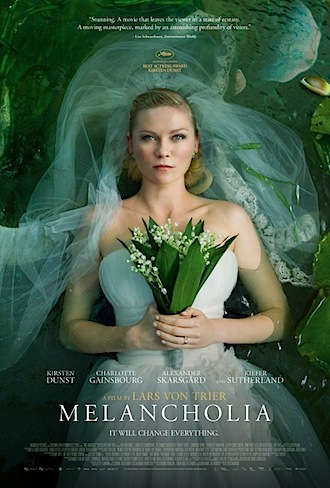 Anyone look­ing for a rest­ful stupor on Boxing Day won’t find it in Lars Von Trier’s Melancholia – but you will find obli­vi­on of a dif­fer­ent sort. The strange new star Melancholia is going to pass very close to Earth. Meanwhile, depression-sufferer Kirsten Dunst is get­ting mar­ried but isn’t sure why, frus­trat­ing her fam­ily which includes Kiefer Sutherland, Charlotte Gainsbourg and Charlotte Rampling.

Melancholia deserves a whole column – but won’t get it – but I will say that it is one of the most amaz­ing, thought-provoking, pro­found and frus­trat­ing films I have ever seen. Everyone should see it and – as an anti­dote to the Christmas sea­son – it might as well be now.