Your cor­res­pond­ent is a big fan of young English dir­ect­or Edgar Wright. His first two fea­tures, in col­lab­or­a­tion with Simon Pegg and Nick Frost, were the redoubt­ably enter­tain­ing Shaun of the Dead and Hot Fuzz. There’s a won­der­ful per­cuss­ive energy to Wright’s film­mak­ing which brooks no bore­dom. So, I was look­ing for­ward to his latest film, the heav­ily pro­moted com­ic book adapt­a­tion Scott Pilgrim vs. the World which opened world­wide this week. And I really wanted to like it. No, strike that. I did like it. I just didn’t love it the way the film so des­per­ately wants to be loved.

Scott Pilgrim (Michael Cera from Juno) is a young Toronto slack­er who plays bass in a ter­rible band and has just begun dat­ing a high school girl. If he seems without much in the way of ambi­tion that may be because he is still griev­ing after being dumped a year ago, or it may be that he simply lacks ambition.

END_OF_DOCUMENT_TOKEN_TO_BE_REPLACED

I just got back from review­ing a couple of films for RNZ National’s Nine to Noon show: (500) Days of Summer and An Education. You can listen to the item here, but I also recom­mend sub­scrib­ing to the pod­cast so you can cherry-pick the best of each day’s broadcast. 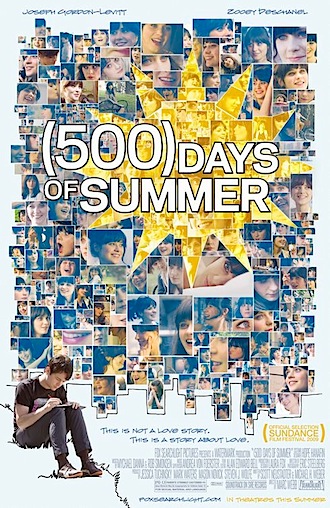 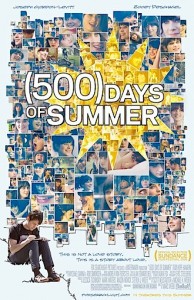 END_OF_DOCUMENT_TOKEN_TO_BE_REPLACED

Review: The Bucket List, Jumper, Rescue Dawn, Goodbye Bafana, We Own the Night and Delirious

The trail­er for The Bucket List has been play­ing for weeks now, indu­cing groans at every appear­ance. By col­lect­ing a series of Jack Nicholson’s now trade­mark Jack-isms plus Morgan Freeman’s reg­u­lar, twinkly, wise old man schtick and then sprinkled with plenty of schmaltz, the trail­er made me act­ively want to avoid a film that looked like a lame set of sac­char­ine clichés and tired ham act­ing – cyn­ic­al Hollywood at its worst.

I am pleased to report, how­ever, that The Bucket List is a much more enjoy­able film than I was expect­ing. There is some excel­lent work from Nicholson and Freeman who are well coached by dir­ect­or Rob Reiner, with the help of a script by Justin Zackham that has sev­er­al decent moments. Nicholson plays mis­an­throp­ic health tycoon Edward Cole who is dia­gnosed with brain can­cer and forced, due to his own tight-fisted policies, to share a room with car mech­an­ic and lung can­cer patient Freeman. When he dis­cov­ers Freeman has a wish-list of things to do before he dies, he takes it upon him­self to make them come true using the bil­lions he has accu­mu­lated in the cor­rupt American health care sys­tem.

END_OF_DOCUMENT_TOKEN_TO_BE_REPLACED 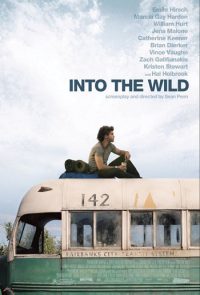 In the Summer of 1990 Christopher McCandless donated his life sav­ings to Oxfam and, instead of going to Harvard Law School, headed West in search of him­self, nev­er to talk to his fam­ily again. The jour­ney he took, and what he found and left behind on the way, is the sub­ject of Sean Penn’s crack­ing Into the Wild, based on the book by Jon Krakauer.

Driven by an intel­li­gent young man’s self-righteousness McCandless lived off the land and the gen­er­os­ity of strangers, all the time tak­ing him­self fur­ther away from the people he thought he didn’t need. Emile Hirsch as McCandless has the look (and star qual­ity) of the young Leonardo DiCaprio and the sup­port­ing cast are flaw­less, par­tic­u­larly Catherine Keener and the legendary Hal Holbrook who is just heart­break­ing as lonely wid­ower Ron Franz.

There’s no finer cine­mat­ic sur­vey­or of the cav­ernous and mostly uncharted regions of the male soul than Penn and Into the Wild is his finest achieve­ment to date, lyr­ic­al and beguil­ing. It’s funny how sit­ting in a dark room with strangers can some­times leave you more engaged with the world but this film, the best of the year, did it for me. I came out of the theatre into the cool sum­mer rain and walked home determ­ined to exper­i­ence every drop as if it was the first one. 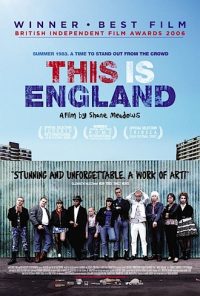 Margaret Thatcher once said “There’s no such thing as soci­ety.” As a res­ult, under her malevol­ent lead­er­ship English com­munit­ies dis­in­teg­rated as young people without eco­nom­ic or cul­tur­al hope went look­ing for fel­low­ship and found it wherever they could. Set in post-Falklands north­ern England, gif­ted English dir­ect­or Shane Meadows (TwentyFourSeven and A Room for Romeo Brass) is back on top form with This is England, a mem­oir of sorts of his own Nottingham youth.

Picked on and lonely, 11-year-old Shaun is taken under the wing of benign skin­head Woody (Joe Gilgun). When gang lead­er Combo (Stephen Graham) returns from pris­on, his extreme National Front polit­ics splinter the group and Shaun takes the wrong side. Meadows has always been able to get great per­form­ances out of young people and the won­der­ful Thomas Turgoose as Shaun is no exception. 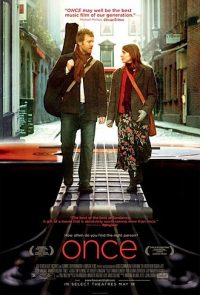 Once is a little gem, like a per­fect short story, sweet and funny and then gone in a heart­beat. Glen Hansard is a broken-hearted Dublin busk­er who meets immig­rant single moth­er Markéta Irglová and bond over a broken vacu­um clean­er. They share a love of music and over an intense week two dam­aged souls help heal each oth­er (and us). 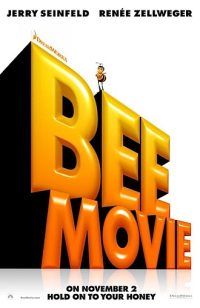 Working our way down the list of the week’s films, in order of qual­ity, we get to Jerry Seinfeld’s Bee Movie. It’s a Dreamworks com­puter anim­ated tale of young Barry (Seinfeld) who, dis­il­lu­sioned with a pro­scribed life­time of end­less work, wants to break out of the hive and see the world. He dis­cov­ers that humans are exploit­ing bees for their honey and decides to right this ter­rible wrong, dis­tort­ing the bal­ance of nature in the pro­cess. It’s a hit and miss affair, at its best when the Seinfeld “voice” is giv­en full reign (which isn’t often enough) but kids watch­ing would prob­ably say the opposite. 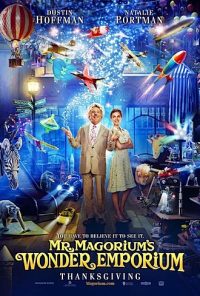 Also for young­lings is the live action toy shop fantasy Mr. Magorium’s Wonder Emporium star­ring twinkly Dustin Hoffman as the 200 year old toy impres­ario and shoe wear­er. He wants to leave and hand the shop over to his man­ager, Natalie Portman, but she lacks self-belief and the shop is start­ing to sulk. Derivative and inter­mit­tently inspired, Magorium passes the time eas­ily enough. 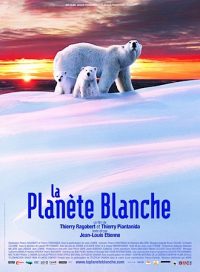 I’ll con­fess that I drif­ted off to sleep sev­er­al times dur­ing The White Planet, a doc­u­ment­ary about Arctic wild­life that man­ages to make the Embassy screen feel like a tele­vi­sion set tuned to Animal Planet. I prefer my polar bears clad in armour and tak­ing on bad guys and, frankly, when you’ve seen one nar­whal you’ve seen ’em all. 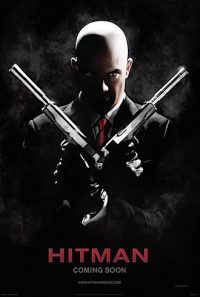 Candidate for stu­pid­est film of the year, Hitman, is the biggest load of inane rub­bish I’ve wit­nessed in ages. Based on the video game of the same name Hitman, stars Timothy Olyphant (from Die Hard 4.0) as mys­ter­i­ous Agent 47. He’s been dis­avowed by his employ­ers, the secret organ­isa­tion known only as The Organisation (so secret they have their fancy logo plastered all over their laptops) after an assas­sin­a­tion of the Russian Prime Minister goes wrong. Dougray Scott (Perfect Creature) is the Interpol agent who has been track­ing him for three years with no luck, des­pite the fact that 47 has the num­ber 47 tat­tooed as a bar code on the back of his head.

Notes on screen­ing con­di­tions: Into the Wild screened in Penthouse Two which still has appalling shut­ter tim­ing prob­lems (I’ve men­tioned this before and Cinema One suf­fers sim­il­arly) and now has a notice­able hot spot in the centre of the screen. Penthouse are re-seating Cinema One but I wish they’d fix these prob­lems first. This is England was in Rialto 2 which has had a reprieve through until March, I under­stand. I will dance on the rubble when it finally goes. Once was in the very nice Penthouse Three. Bee Movie screened at Empire 2, and thanks to all the kids was quite lively. Magorium was a Classic Hits radio pre­view early Sunday morn­ing at Readings. The Embassy screen is not a per­fect curve – in fact it is a series of nar­row planes that looks like a para­bola in most cir­cum­stances. This is very notice­able when the image is mostly one bright col­our like the snow and ice of The White Planet (and the sand of Pirates of the Caribbean). Hitman was also at the Embassy and looked and soun­ded fine.

It is, of course, com­pletely bril­liant. And loud. And while it’s not quite as per­fect as pre­de­cessor (and cinema re-definer) Shaun of the Dead, Hot Fuzz is as enter­tain­ing a night out as you’ll find anywhere.

Co-creator Simon Pegg plays PC Nicholas Angel, top cop, so good he’s mak­ing the rest of the Met look bad. He’s reas­signed to the sleepy west coun­try vil­lage of Sandford where, apart from a one-swan crime-spree, the peace is nev­er breached. Of course, in a pic­tur­esque English vil­lage noth­ing is what it seems and Angel and part­ner Danny Butterman (Nick Frost) are going to bust this thing wide open, whatever “it” might actu­ally be.