When the Film Festival screen­ing of Animal Kingdom fin­ished, my com­pan­ion and I turned to each oth­er and real­ised that neither of us had breathed for the last five minutes. The ten­sion that had been slowly build­ing through­out the film had become almost unbear­able and dir­ect­or David Michôd’s Shakespearean cli­max was no less than the rest of the film deserved.

Seventeen-year-old “J” (extraordin­ary new­comer James Frecheville) goes to live with his Gran and his Uncles when his Mum over­doses. The fam­ily are more than petty crim­in­als but less than gang­land roy­alty – bank rob­bers and thugs rather than black eco­nomy busi­ness­men. Gran (Jacki Weaver) seems like a nice enough sort, though, and the fam­ily pulls togeth­er des­pite the con­stant pres­sure from the loc­al fuzz.

But when the alpha male gets shot by rogue cops in a shop­ping mall car­park, there’s a vacancy at the head of the fam­ily and the only can­did­ates are ill-equipped for lead­er­ship. Note that I haven’t told you which act­ors are which in this scen­ario. Animal Kingdom has about sev­en genu­ine “I didn’t see that com­ing” moments, which is about sev­en more than most films, and I don’t want to spoil any of them.

That’s not to say that the cast doesn’t deserve men­tion. Joel Edgerton wasn’t able to demon­strate his gifts in the Kiwi fizzer Separation City last year but is real movie star mater­i­al here and the great Ben Mendelsohn is abso­lutely elec­tric through­out. Weaver is a rev­el­a­tion and Guy Pearce (as the good cop) proves once again what a self­less char­ac­ter act­or he can be now he isn’t try­ing to be a movie star.

Before this year’s Film Festival I cracked-wise in these pages that if any­thing in it turned out to be bet­ter than Toy Story 3 I’d be very sur­prised. I’m pleased to report that Animal Kingdom made me eat my words. I’m not say­ing that it is the best film of the year but it is in the top one. 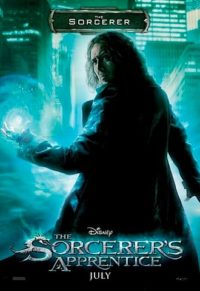 With the school hol­i­days just around the corner there’s a flurry of family-friendly releases arriv­ing at the pic­tures. The only reas­on for the exist­ence of Disney’s The Sorcerer’s Apprentice is an amus­ing live-action-but-actually-digital recre­ation of the Sorcerer’s Apprentice sequence from Fantasia but the rest is a bit of a fiasco. Nic Cage plays Merlin’s appren­tice Balthazar Blake who has been search­ing for the next in line for over 1000 years. He finds him in New York City, a nerdy kid with a thing for phys­ics, Tesla coils in par­tic­u­lar. The kid is Jay Baruchel from She’s Out of My League and a less win­ning pro­pos­i­tion I haven’t come across in a while. 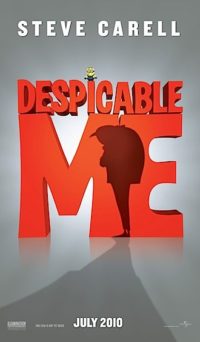 is an anim­ated 3D (where avail­able) pic­ture about a super-villain named Gru (Steve Carell) with an East European accent who adopts three little girls for a nefar­i­ous scheme to steal the moon, but whose heart is melted by the little darlings. Not enough jokes and some odd cast­ing (why would you get Russell Brand and then not allow him to riff?) reduce the impact to almost nothing. 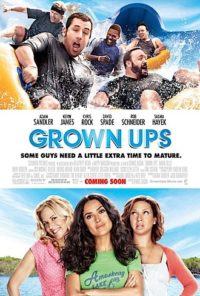 Adam Sandler took a bunch of mates (and a film crew) with him on his Summer hol­i­days this year, at least that’s what Grown Ups seems like. The funer­al of their middle-school bas­ket­ball coach reunites the 1978 championship-winning team for a week­end of middle-aged soul-searching (like The Big Chill with less cry­ing in the shower and more jokes about pee­ing in swim­ming pools). Sandler’s mates include the usu­al sus­pects Kevin James (Paul Blart: Mall Cop ), David Spade, Rob Schneider and Chris Rock and Grown Ups is rendered watch­able mainly because of the obvi­ous ease that the gang have going on together. 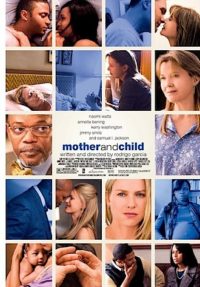 When Annette Bening mar­ried Warren Beatty in 1992 she was the hot­test act­ress in Hollywood. In the roughly 18 years since she has taken the lead in only six fea­tures, an intol­er­able stat­ist­ic. After all, she might have been hap­pily mar­ried and rais­ing a fam­ily but what her respons­ib­il­ity to her tal­ent – and to us! In Mother and Child she proves once again what an extraordin­ary tal­ent she is, play­ing a lonely middle-aged woman dam­aged by the guilt of giv­ing a child up for adop­tion when she was 14.

That child has grown into Naomi Watts, a con­trolling career-woman with intim­acy issues of her own. While these two are (sep­ar­ately) deal­ing with the fall-out from Watts’ birth, a child­less middle-class black couple are try­ing to adopt a baby of their own. Worthy but ter­ribly, ter­ribly slow, Mother and Child doesn’t quite real­ise it’s big ambitions.

Finally, an inter­est­ing kiwi doco gets a single screen­ing at the Paramount on Sunday after­noon: Gordonia is about scrap-man Graham Gordon and his 100 acre Waitakere prop­erty where broken down people also go to get away from the world. For 20 years or more, Gordon has fallen foul of the Waitakere City Council zon­ing laws (inten­ded to make Titirangi safe for nor­mal rate­pay­ing cit­izens) and Tom Reilly’s film is sym­path­et­ic to the drop-outs, hip­pies and non-conformists caught in the middle.