If NZ cinema wasn’t already overloaded with stories about children struggling with absentee parents I would recommend it more highly — it is a very fine example of a genre we can truly claim to own — and Borgman announces himself as a talent to keep an eye on. 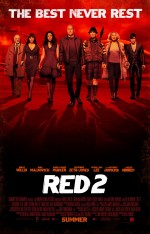 There are two “action/adventure for oldies” brands to choose from nowadays and Bruce Willis has been a fixture of both (at least that was until his wage demands got him ejected from the next Expendables). He returns to anchor Red 2 as a former CIA agent trying to build a quiet suburban life with civilian Mary-Louise Parker, who turns out to be rather less keen than he is on white picket fences and DIY.

Called back into action by crazy John Malkovich (having more fun than the rest of the cast put together), Bruce is forced to dash around the world searching for a rogue undetectable nuclear weapon that was lost during the Cold War, a chase that reintroduces a few characters from the first Red movie (Helen Mirren as an icy British assassin, Brian Cox as a Russian lothario) and a couple of new ones — Anthony Hopkins in mad scientist-mode as, um, a mad scientist and Catherine Zeta-Jones suggesting that the Kremlin is well-equipped with tanning beds. Not horrible, by any means, but it is the same joke repeated over and over again. 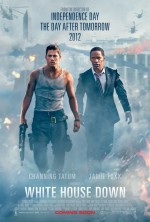 In White House Down, Willis’s famous filthy singlet is passed to the best of the new generation of heroes, Channing Tatum. I was skeptical of Mr. Tatum’s potential at first — all beefcake and earnestness — but hasn’t he gone and won me over. As wannabe Secret Serviceman John Cale, trapped inside the White House during a terrorist attack that occurs just after he flunks his job interview, he displays the relaxed wisecracking style that Mr. Willis owned for so long but that he is no longer able to locate.

WHD so easily wins the battle of the two Washington terrorist movies that it simply embarrassing. Apart from Tatum resoundingly defeating Gerard Butler in the charisma confrontation, White House Down benefits from villains who are an array of America’s internal enemies rather than ethnic stereotypes as well as following the Die Hard playbook at almost beat-by-beat level. Fun — and it knows it. 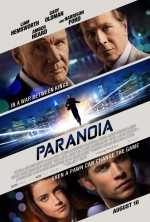 Hi-tech thriller Paranoia’s first fantasy is the idea that the two biggest mobile phone technology companies are American and are based within blocks of each other in New York. Jason Dean Hall and Barry Levy’s script then goes on to dig itself even deeper by assuming that these two companies are controlled by vindictive and petty old white men rather than boards and stockholders (something that Jobs at least acknowledges). So, it gets business pretty much all wrong. How does it do with the technology? The people?

Just as badly, I’m afraid. Liam Hemsworth (Thor’s brother) is an ambitious engineer of some description, asked by CEO Gary Oldman to take a job at his main competitor, owned by Harrison Ford, so he can steal “the feel” (evidently) of their new smartphone. Of course, in this world all the R&D for both companies takes place in the most expensive Manhattan real estate imaginable. Don’t waste your time. 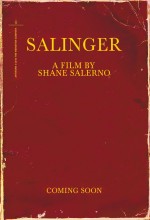 I also recommend not wasting your time with the over-hyped documentary Salinger, purporting to lift the lid on a life lived privately. No better than one of those E! True Hollywood Stories, extended beyond the ability of the flimsy material to support it, this film tries to suggest that it is definitive about the life and career of an author without featuring any of his actual work, his voice or  his presence beyond a few oft-repeated still photographs. The attempt to beat up some kind of scandal and/or personal psychological catastrophe struck this viewer as a desperate attempt to find drama where there was almost no evidence. 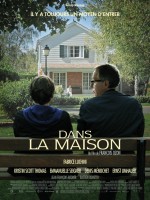 Finally in this instalment, François Ozon’s In the House presents Fabrice Luchini as a disillusioned teacher so desperate to believe that his star pupil is a literary prodigy that he makes some unwise — to say the least — choices. Nicely balanced in terms of what it suggests and what it reveals, I was a little underwhelmed at the time but — prompted mainly by positive responses from others — further reflection elevates its marks from “not achieved” to “achieved”.